Democrats Are the Threat to Democracy (1 Viewer)

Democrats have been incessantly howling that the Republicans are the threat to democracy. Below is a video clip, at the approximate 9:20 mark where a Democrat (Mondair Jones, D, NY 17th District.) demands that the rules be changed (end the filibuster, pack the court) so that Democrats can get their proposals implemented without opposition. Where is Jones's respect for adhering to established rules and procedures? This is not how the democratic process is supposed to work. Jones's is advocating for the Tyranny of the Majority where the rights of the minority are simply ignored. Ironically, Jones's webpage has a banner: "MONDAIRE JONES HELPS PASS H.R. 1 TO FIX OUR BROKEN DEMOCRACY". Jones also wants to "balance" the US Supreme Court by packing it with liberal justices. This is all very Orwellian. 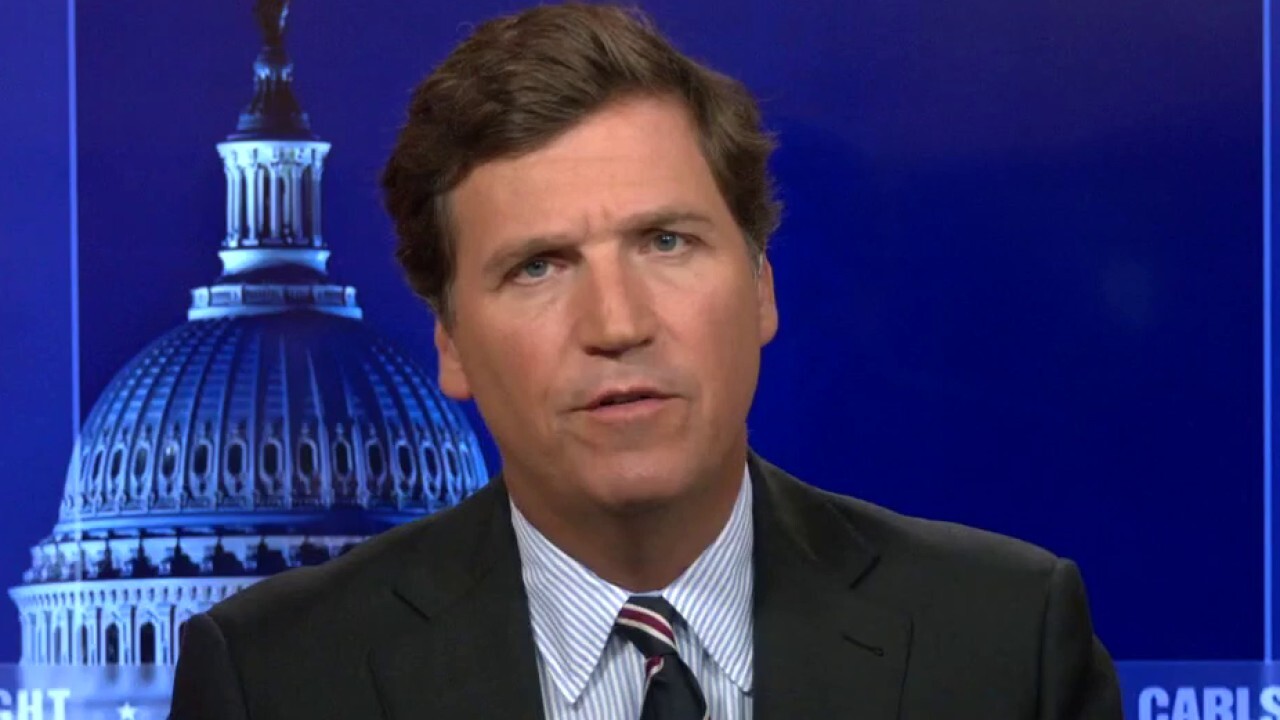 Tucker Carlson: This is an attempt to criminalize firearms in the hands of the law-abiding

Note the observations below by Buck Sexton where those who have committed a crime by using a gun are having the gun charges dropped by left wing prosecutors. That makes Biden's proposal to enhance gun control legislation a meaningless virtue signalling stunt for the gullible. Consider that Hunter Biden has yet to be formally charged with his gun violation: Hunter Biden Incident Shows that Gun Laws are for the Little People. 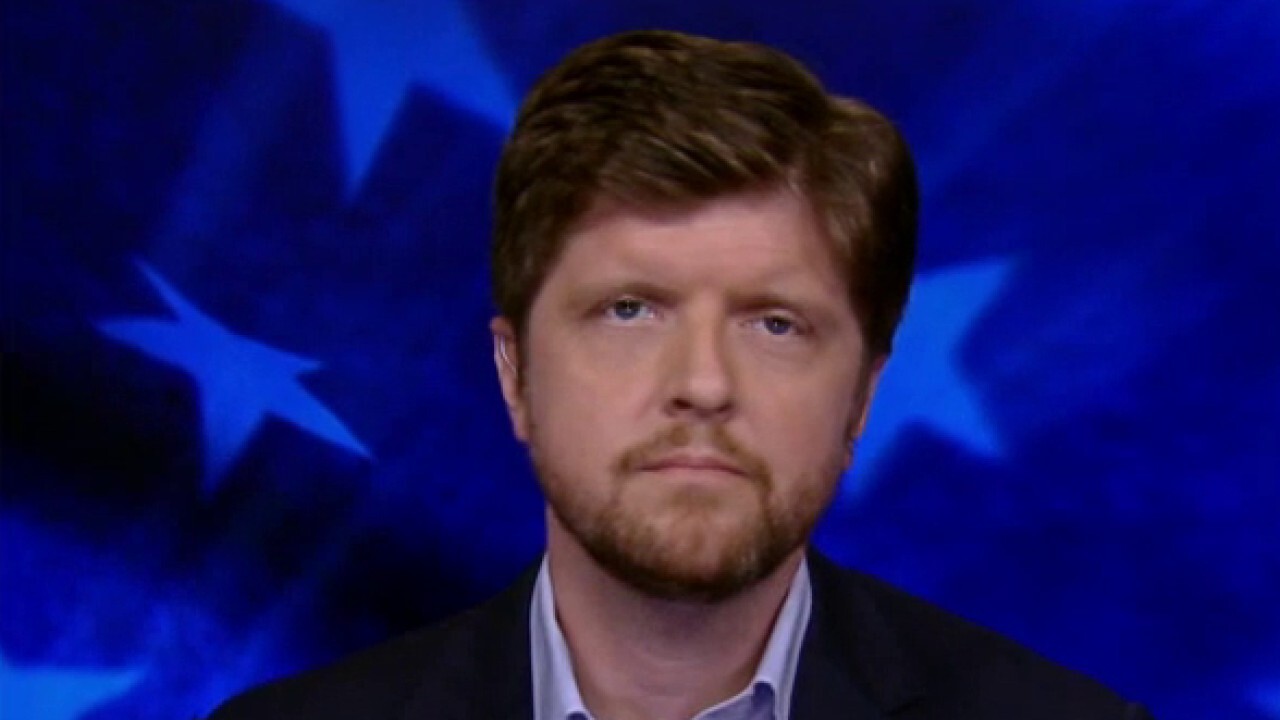 Instead of the Republicans stacking the court with ultraconservatives which of course you think is perfectly fine.

The whole US system of government so deeply flawed because it promotes extremism rather than balance. It just becomes a battle of which extremists are in control. It will only get worse as religious fundamentalism takes hold.
A

The Republicans legally had open spaces on SCOTUS to fill. Democrats want to add seats to stack. Sitting president has the right to fill seats vacated by death or retirement. Bidens choice for the vacated seat is a disgrace and an insult to the demographics that he chose to limit his choices to.

Galaxiom said:
Instead of the Republicans stacking the court with ultraconservatives which of course you think is perfectly fine.

The whole US system of government so deeply flawed because it promotes extremism rather than balance. It just becomes a battle of which extremists are in control. It will only get worse as religious fundamentalism takes hold.
Click to expand...

The fanatical "religious" extremism is coming from the those on the left. You seem to miss the irony, that Jones who claims to be a staunch supporter of democracy is not proposing a solution based on democratic principles, but on implementing "mob rule" (Tyranny of the Majority) to achieve his objectives. (Which also raises the issue of how Jones can assert to be sole purveyor of defining what is "right" to a nation of over 300 million people.) Jones is spewing Orwellian Newspeak.

Should Jones actually wanted a solution based on sacred democratic principles he would propose at least two measures. One a national referendum on specific gun control measures. Second, a constitutional amendment to modify the Second Amendment as he would like to see it. But as both Obama and Biden have demonstrated, Democrats are not interested in accomplishing these goals through the slow moving Constitutional process, but by quickly and unilaterally evading that process in an autocratic fashion. Recall Obama's infamous quote: "I've got a pen and I've got a phone - and I can use that pen to sign executive orders and take executive actions and administrative actions that move the ball forward." Immediately, upon taking office, Biden (following-up on that autocratic approach of sidestepping the US Constitution) "killed" the concept of equal opportunity as official US government policy by using an executive order to implement so-called "equity" programs that would violate the US Constitution by using race based criteria for making decisions. Democrats have demonstrated that they are the threat to democracy.
Last edited: Jun 3, 2022
A

Trump exposed the big lie, he opened people's eyes to the fact that there is no left or right only swamp. I'll give a couple of examples and then get off my soapbox.

Galaxiom said:
Instead of the Republicans stacking the court
Click to expand...

Wrong. "stacking the court" means altering the rules to increase the set size of the court.

Simply appointment justices during duly elected Presidents' terms is NOT "stacking the court". It's acting within the confines of Democracy.

Stacking the court is the opposite.
P

Instead of the Republicans stacking the court with ultraconservatives which of course you think is perfectly fine.
Click to expand...

I guess you don't actually read what Steve writes or perhaps you don't understand it. He has NEVER suggested anything like "packing" the court with people who will vote the way the Democrats want them to vote.

And I will never forgive him for it. Up until Trump took office, I thought the civil servants who actually run this country were following the orders of the President. Badly, slowly, incompetently, but sort of. Now I realize that the deep state lives to serve the Democrats and completely ignores or slow walks any orders from a President if they don't personally approve of them. We have reached a very dangerous state of affairs and there isn't any way that I can see to extricate us from this mess short of all out civil war and complete reconstruction of the Executive Branch from the ground up. It wouldn't hurt to start with a clean Congress and Supreme Court either.

Except that I can't actually wish people dead, that Jack Ryan story that starts with a plane flying into the Capitol building during the state of the union address looks like a good start to me. Jack Ryan got to start from scratch since he was the VP and therefore the "designated survivor". All the Supremes and the majority of the membership of both houses were vaporized in one fell swoop. Most of the Republican members of Congress are worse than the Democrats. At least we know the bad ideas the Democrats want to implement. The Republicans just lie and propose good ideas that will never get implemented since they vote with the Democrats or hide in the corner so they won't be called names.
You must log in or register to reply here.

Democrats Don't Believe in the Right of Self-Defense

Democrats Descent into Fascism for the US