There are many robust political discussions on this forum.

There are many people with contra views.

I notice that most of the discussions take place with a relatively high degree of respect between the individuals. I suspect because we all come from the same place being MS Access Programmers...

In this Dr Jordan B Peterson podcast, a pair of obviously diametrically opposed gentlemen have struck up a genuine friendship. 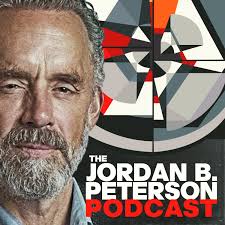 Dennis Prager, an American conservative radio show host, and Adam Carolla, a comedian and a podcaster, join forces to discuss their documentary “No Safe Spaces.” Please support this podcast by checking out our sponsors: BioOptimizers: www.magbreakthrough.com/jbp Use code “jbp10” to save 10%...

In your political discussions, do you recognize an oppositional force, a character that you feel you could engage with and discuss your differing views with, whilst maintaining a genuine level of respect?

If you do, why not contact the person via pm or some other method, set up a meeting online either text, Skype, messenger...

Allot a time, once a week, once a month, a regular online meeting and just have an informal and interesting discussion.

Uncle Gizmo said:
Allot a time, once a week, once a month, a regular online meeting and just have an informal and interesting discussion.
Click to expand...

My "nemesis" is this regard happens to be my co-worker - we have all the time we need!
I

I've definitely come across numerous people over the years with viewpoints different than mine, with whom I also feel that I could have interesting and productive discussions, with total respect and an honest curiosity on my part to understand why they feel they are so right. Unfortunately most of them are public figures, not people I can actually communicate with.

The closest I think I've come on AWF is simply the act of honestly pondering when people pose a question to me - questioning some angle that my 'side' has asserted. I think about it honestly and I allow it to pervade my intellect without just denying it per se.

In many cases, actually, I end up thinking to myself: "You know, they do have a point - a good one." Then my next thought is: "Nah.....even though they do, my side is still more right than theirs, all things considered".

But I figure this is at least a start on my part?

I don't think I'm very good at it yet, though. Because for example, I have one sibling whose political views are only about 50% different than mine. And still, I avoid discussing any politics or issues with him - because the thought that he is voting for people who I think are destroying my country just irks me too much, so I avoid it to maintain good feelings.
Last edited: Sep 22, 2021
You must log in or register to reply here.

Black Man & White Man Walk in to a Shop!