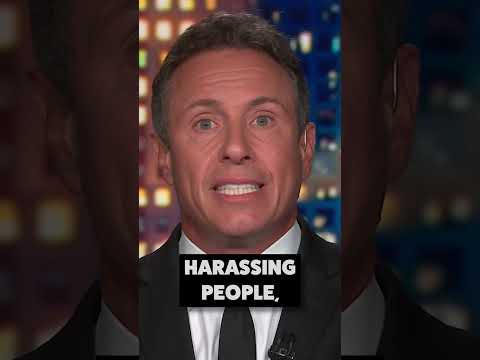 CNN Is Screwing Itself!

Pat Hartman said:
I think I stopped watching CNN ~ 2005 when they fired Lou Dobbs when he got a little crazy about illegal immigration
Click to expand...

So which is your favourite News station?
P

Sadly, there is no unbiased news source so you have to move around so you can get different takes on various "news" items. Fox is probably more honest than most but it is still biased. News is and has always been biased to some degree but I think it is much worse now. It is very hard to find any hard news.

For example. Friday or Saturday, two old women were knocked to the ground by policemen on horses as they were trying to clear away the protesters in Ottawa. I don't believe the officers intentionally knocked the women down but it was not a pretty sight. What did you hear about this incident? Compare what you heard about the old white ladies to the news from a couple of months ago where there were mounted ICE agents at the US/Mexico border and there is a picture of a Hattian man who had crossed the border illegally and was near an agent on a horse and the horse is bucking. The agent is using the reigns to control the horse but CNN claims the agent was using a whip to beat the hapless black man who was in danger. So we have old white women exercising their right to peacefully protest and we have a black man who has broken immigration laws in at least two countries to get to where he was in the picture. I'm going to step out on a limb to say that in neither case was the mounted officer intentionally trying to injure anyone. Why is the coverage of these two incidents so skewed?

One of the things I used to do was when Trump gave a speech, I always listened to Rachael Maddow (MSNBC) for her take rather than Fox which would be more favorable regardless of what Trump actually said. I was always flabbergasted by her opinions. It was like we had listened to different speeches.

Try to not give too much credence to Opinion people. They do not deliver news at all. They deliver their opinion. When you listen to people who tell you they are providing news, listen for purple words and opinions. You can train yourself to "hear" between the lines by just analyzing the adjectives the talking heads use.
You must log in or register to reply here.