No surprise here! You can thank the injection of soul-less technology by corporations of the world, increasing weirdness of people, other people scared to death about a variety of nonsense, and many other things. Go figure. Just one of the very many weird ass developments you will see created by the human race as the devil starts to show his ugly face in many ways that he's always been known for. There's nothing wrong with this, but the crap that created this type of thinking IS THE ISSUE. But it can't be stopped. The only thing you can is stay away from it because it will get worse. But don't worry, it won't infect everything. 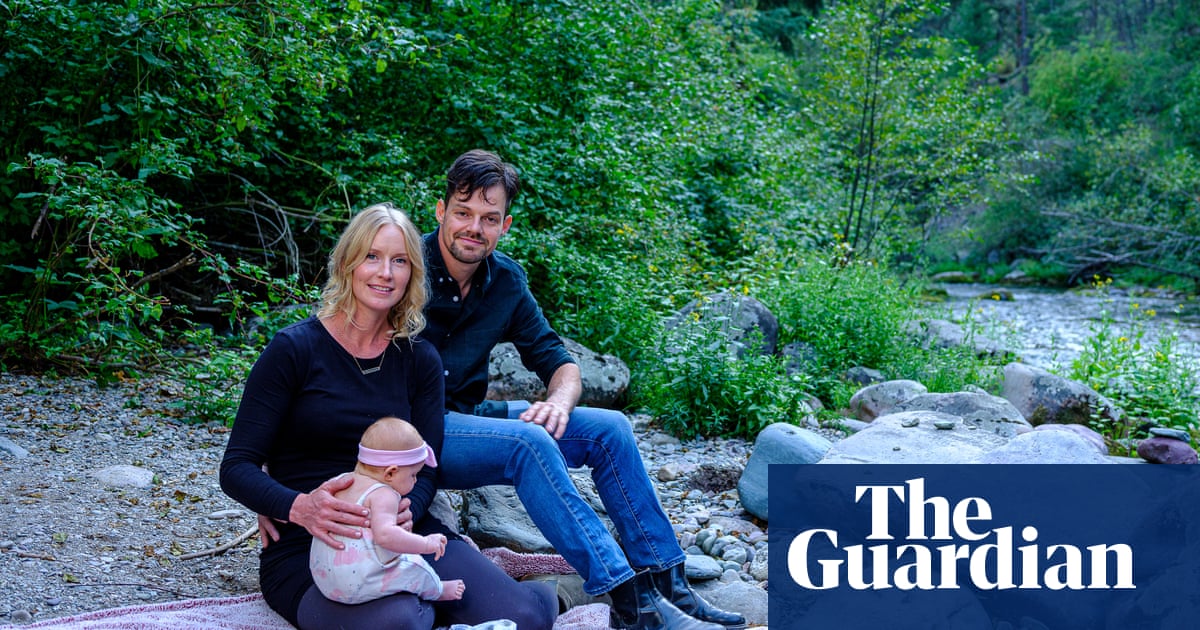 ‘I wanted to meet a mate and have a baby without wasting time’: the rise of platonic co-parenting

They’re ready to start a family, but can’t wait for The One. As ‘mating’ sites boom under lockdown, we meet those hoping for a better way to raise a child

Advice: Apply the serenity prayer and leave it alone.

I do leave it alone Richard. do you think I spend all day trying to defeat this crap!? They will defeat themselves. I just stand by and watch.

You COULD just stand by QUIETLY and not even rant about it, you know.

The_Doc_Man said:
You COULD just stand by QUIETLY and not even rant about it, you know.
Click to expand...

yes I could, but then again if I did that, none of the foreigners or anyone else on this board that have no clue what the truth of God is wouldn't be able to learn. Furthermore, they wouldn't know that there was anyone left in this hellhole that actually cares and doesn't hide behind money. Probably because 90% of idiots in America hide behind the damn crucifix because it's the sickest shithole in the world.
V

How about the rise of weirdness on this forum?

Vassago said:
How about the rise of weirdness on this forum?
Click to expand...

you're off base, b ud dy bo y. there's only ONE that you speak of, and he's on his way out apparently. and you know who that is. but then again, as I told Richard, I can come back whenever I want and you guys know that. but I also told him I wouldn't do it, because I don't retaliate.
V

And don't call me "bud dy b oy" like some condescending asshat. I'm not your buddy and definitely not your boy.

Vassago said:
I'm not your buddy and definitely not your boy.
Click to expand...

hmmmm...then what shall it be? wannabe? respectful leader? typical microsoft customer? someone who said they were leaving 5 times, but yet is still around? Jack Nicholson's anger management class attendee? (along with Adam Sandler)

neuroman9999 said:
hmmmm...then what shall it be? wannabe? respectful leader? typical microsoft customer? someone who said they were leaving 5 times, but yet is still around? Jack Nicholson's anger management class attendee? (along with Adam Sandler)
Click to expand...

How about... "Vassago"? Why are you limiting your choices to those that are snippy /sarcastic/negative?
V

I have not been around here for all that long. Maybe a month or so. But I am surprised no one has just labeled you as a troll whose sole intent is to provoke reactions out of people and outright smacked you with the perma ban hammer.

The threads I have read that you start generally devolve very quickly into ranting and when someone takes the bait, it spirals downward. I applaud the mods for having the patience they do.

As a newer person on the forum, having read multiple threads about you, ones you created yourself, and others comments about you, I don't think I would pay much attention to any advice you would give. Even if you actually mean well. All your stuff comes across as disrespectful and combative.

Vassago said:
You can call me by my username and only my username, thanks.
Click to expand...

It's the default for the forum.

And you should. You would probably enjoy it with your ideology you have shown around the forum on corruption.

He has been banned several times short-term for issues of disrespect. Our site owner, however, reserves permanent bans for certain situations and Adam has either adroitly, or through blind luck, avoided those lines in the sand.

Your choices are your own, but if Adam bothers you enough, click on his picture and employ the IGNORE option. Many people have seen through his emptiness and inability to contribute in a way consistent with the tone of the forum. They already don't pay attention to his rants, but at least some of us keep watch on him so that if he presents incorrect information (which HAS been known to happen despite his protestations to the contrary), we immediately correct that advice to counter it. Other than that, as long as he doesn't cross the lines in the sand that Jon has drawn, we leave him alone.

tmyers said:
Even if you actually mean well. All your stuff comes across as disrespectful and combative.
Click to expand...

it's funny you say that, because 50% of the places I go, I find success and receptiveness from people that love the fact that there is someone left on Earth with an energetic and caring soul who can take all the heartless, divisive and political crap that humans have created, and discard it, then show them what common sense is. most people are too lazy to do such a thing. or they simply are too jaded to know how. I spose the could be old too, and have just run out of energy.

The_Doc_Man said:
@tmyers - Adam (neuroman9999) is pretty much as you described him. In fact, we have called him a troll openly as well as in private. He we leave him alone.
Click to expand...

no you don't. you constantly reply.


The_Doc_Man said:
He offers a message of religion,
Click to expand...

no I don't. religion is violent, stupid, heartless, full of stupid people and divisive. that's exactly why there are countless ""religions"" in the world. but of course, there's only one person that has ever mattered, and there's only one truth about the world and the human race. but i can't beat a dead horse, since none of you hear can even comprehend the most basic of these concepts.

Adam, stop playing with semantics. If your message is about the one person who mattered (to you), talking about one truth for the human race, then you are talking about Jesus and Christianity in one of its myriad formats. That is religion.

The_Doc_Man said:
Adam, stop playing with semantics. If your message is about the one person who mattered (to you), talking about one truth for the human race, then you are talking about Jesus and Christianity in one of its myriad formats. That is religion.
Click to expand...

no idea what you're talking about. only responding to let you know that.
You must log in or register to reply here.

Coronavirus - Time to Reflect on the Initial Reactions
2

A
my message to the world

T
The Evolution of the Global Economy

The World of Steven Wright