You may have heard that Piers Morgan walked out of his British TV show recently.

He was adamant that Meghan Markle was telling lies about the royal family. When pulled up about it, he said that he had free speech and could say what he thought.

I didn't really know what to think at first, but then I happened upon the video below and now I'm beginning to see what he means.

He's highly opinionated, bigoted and very full of his own self-worth. He also is a bully with a platform.
She married into an institution and despite being warned about the British Press numerous times by friends and family thought she would be immune (why?). She claims she wants privacy but is happy to hang out all her perceived "problems" in a massively public fashion.

They are both as bad as each other.

I suspect it has a positive impact on H & M's upcoming Netflix thing, and equally suspect Piers has something else already lined up, possibly with that equally odious waste of skin Farage who recently announced he was retiring from politics because he has managed to break that in the UK.

Minty said:
suspect Piers has something else already lined up
Click to expand...

I agree, I'd go with joining "Andrew Neil's" new channel.

What occurred to me (and the wife) it appears that Harry bends over backwards for Megan's every whim.

However, Harry may well be starting to regret moving away from the UK and this could have formed a rift between the couple.

I wonder if Megan (and I'm sure she is the instigator) I wonder if she is setting the stage for an amicable divorce, without taking any blame, passing the blame off on the Royal family?

Minty said:
happy to hang out all her perceived "problems" in a massively public fashion.
Click to expand...

What about Angela Levin's video, giving broad hints that Megan is lying?
I

All good thoughts. Here are mine.

First and foremost, I pay little attention to royal drama, but this has been hard to avoid in the news headlines.

Second, to the extent that Brits' hatred of Megan has to do with her eschewing the whole royalty nonsense, I disagree with that, and I say to Megan, more power to you - I give her a lot of respect for deciding to be a normal, real person and want to live a normal life. Can she be criticized for knowing what she was marrying into, then objecting to it? Yes, I suppose - Unless she had discussed this a bit with her spouse before marriage and she already knew that he would be willing to walk a little ways away from this, in which case, it's not so "crazy" seeming. I completely like the fact that she calls out the ridiculousness of some aspects of the whole royalty game - which seems to me nothing more than a game, but worse, one that masquerades as some sort of useful reality. And, let's be honest - hasn't EVERY married person, at some point in their life, complained about something that--theoretically--they were aware of what they were "getting into" when they first got married? Absolutely - nobody is innocent of that. Nobody I've ever met or heard of, anyway. My view is, perhaps she was willing to give the "royalty" thing a chance - but then it manifested into something worse than she expected. Who knows.

Third, while #2 might give you the impression that I fully support Megan and denounce those who dislike her, I have to confess that (as an open minded person watching these things unfold), I've actually begun to see the point of those who see her as a vindictive, selfish meddler. I'm starting to think maybe she is now just trying to justify everything and make things worse than they are (so somebody wondered how brown Archie would be? anyone might - the mere curiosity of it is not r@cist, it's just perhaps a bit poor judgment to wonder out loud!), and I find it hard to believe that she is blaming her mental health issues on the crown. Like she couldn't just go see a psychiatrist any time she wanted, I'm 100% sure that she had the means? Mine only costs $45/visit after insurance!

Earlier on, while she was merely objecting to certain idiocies of royal life, she had my support. Now I think she may have devolved into just a vindictive meddler who is now (as someone else said in an earlier post) thinking mostly of what drama can be drummed up to generate her next career step.

But of course, neither I nor anyone else knows the real truth of what happened since we weren't there. Hopefully everyone is OK and can go back to playing their respective games - those with costumes & thrones, and those with acting for Netflix.

Tony, if anyone but you would have posted this, I would have read it and moved on. But you are an objective and rational individual who can disagree on a topic and keep it civil and cerebral, so here goes...

I am not as eloquent as Isaac and he said it much better than I could ever hope to do...but I will add this:

Us Yanks' perception of Brits is that you are fierce in your love and protection of the Crown and the royal family. It is that characteristic that makes me wonder how much it may cloud Piers and the other interviewee's judgment.

Don't get me wrong, I have NO sympathy for Meghan's spartan lifestyle, but I have a hard time wrapping my mind around what she and Harry have to gain with making all this drama up...

NauticalGent said:
you are fierce in your love and protection of the Crown
Click to expand...

I understand the point of view of people that are against the monarchy, and I sometimes wonder if we would not be better off with a President in a similar style to the US. But after recent events in the US, I'm pretty sure I'm a lot happier having a King or Queen!
I

Uncle Gizmo said:
But after recent events in the US, I'm pretty sure I'm a lot happier having a King or Queen!
Click to expand...

Okay, we deserved that

Isaac said:
Okay, we deserved that
Click to expand...

NauticalGent said:
Yes we did. Damn...
Click to expand...

I do believe that if any one of your countrymen can be elected as president of the country, then that is manifestly a much fairer system.

You have indeed proved that anyone can be elected!

Mind you, I would say from the outside looking at your political structure, without any real knowledge of how it works, I would say that it does exhibit a sort of hierarchy, a class system if you will whereby the poorest, lowest members - the "working class" have little chance or opportunity to become President.

I think you need to fix that.

Possibly have a vetting system based on IQ, (you don't want another Trump) and then some sort of lottery system.

The current system is obviously corrupt, and corruptible both internally and by external sources.
I

I sometimes feel that eliminating the possibility of money corrupting everything is darn near impossible. But maybe someday ...

US cancel culture metastasizing into the UK according to Douglas Murray in defending Piers Morgan. Good luck to those in the UK. 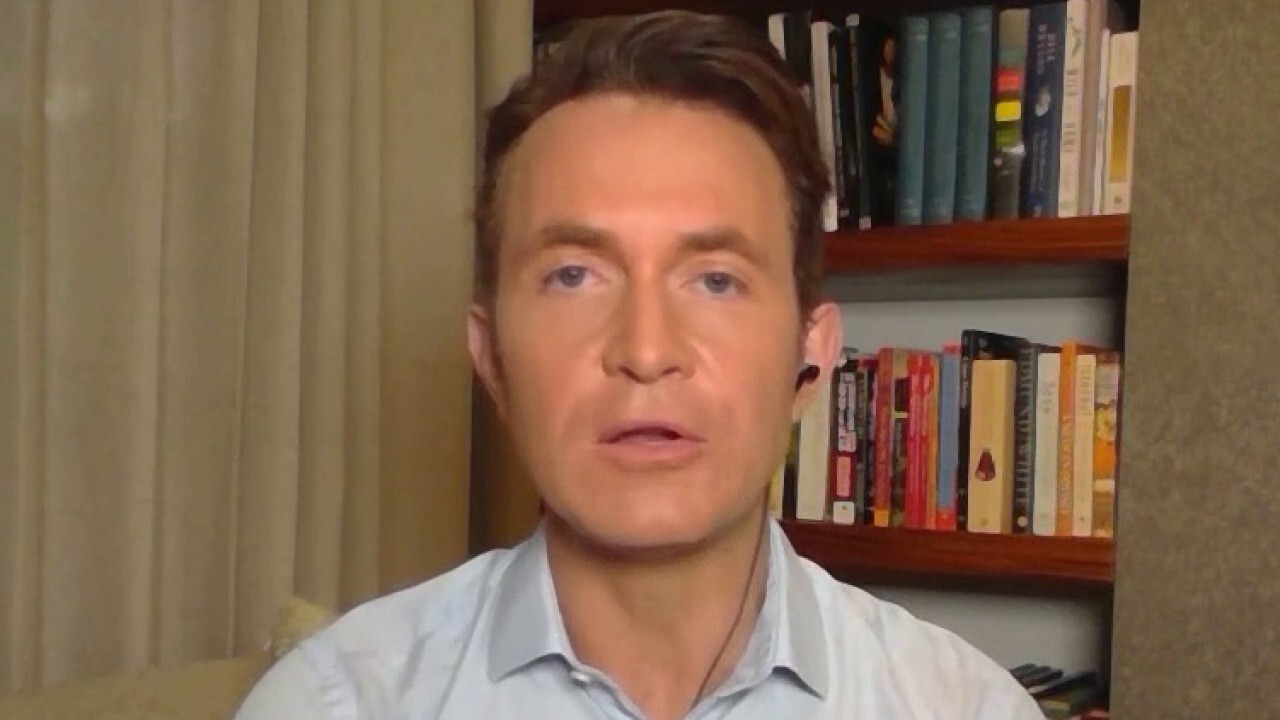 Murray defended Morgan and said that America and Britain cannot put up with a culture that allows "dishonest characters" and "liars" to thrive, so long as they push leftist narratives, such as the hypothesis that the foundation of Britain and the United States was built on racism.
Click to expand...

Unfortunately, it also appears that Morgan may have run afoul of some speech laws in the UK. Piers Morgan faces 'offense' investigation by U.K. media regulator for Meghan Markle criticism. I realize that in the UK, there is no First Amendment right as there is in the US. Nevertheless, it would appear to be repressive to prosecute someone for offering an opinion.

I forgot about that channel. That must be due to drop shortly?

My personal view on the Oprah interview is that I have a low opinion of people airing their families grievances in such a publicised way, especially while complaining about about being hounded by press. Keep it within the family. I also get the impression that Meghan has a toxic effect on relationships, like with her father, her sister and now the royal family.

I think Farage put it well when he said they only started to get criticism when they began lecturing others on climate change while flying around in private jets. This is very similar to what Lewis Hamilton did.

Jon said:
That must be due to drop shortly?
Click to expand...

I don't know. However two powerful presenters like them working together would make a good team and set the channel up really well I reckon. Depends if they've got enough money to pay Piers I suppose!
A

Yes, that video is what I saw. I find Farage persuasive. I think a channel with Andrew Neil, Piers Morgan and Nigel Farage would be a fearsome team. I know many people dislike Farage, although I am not 100% sure why. Politicians tried to brand him racist with his views on immigration. That is until they found out that half the UK population agreed with him! In fact, you can thank Farage for indirectly helping the UK avoid the vaccine shortage debacle that is going on in the EU right now, by setting Brexit in motion. He has helped save countless lives.

Farage has always been a real pleasure to listen too, this video was no exception 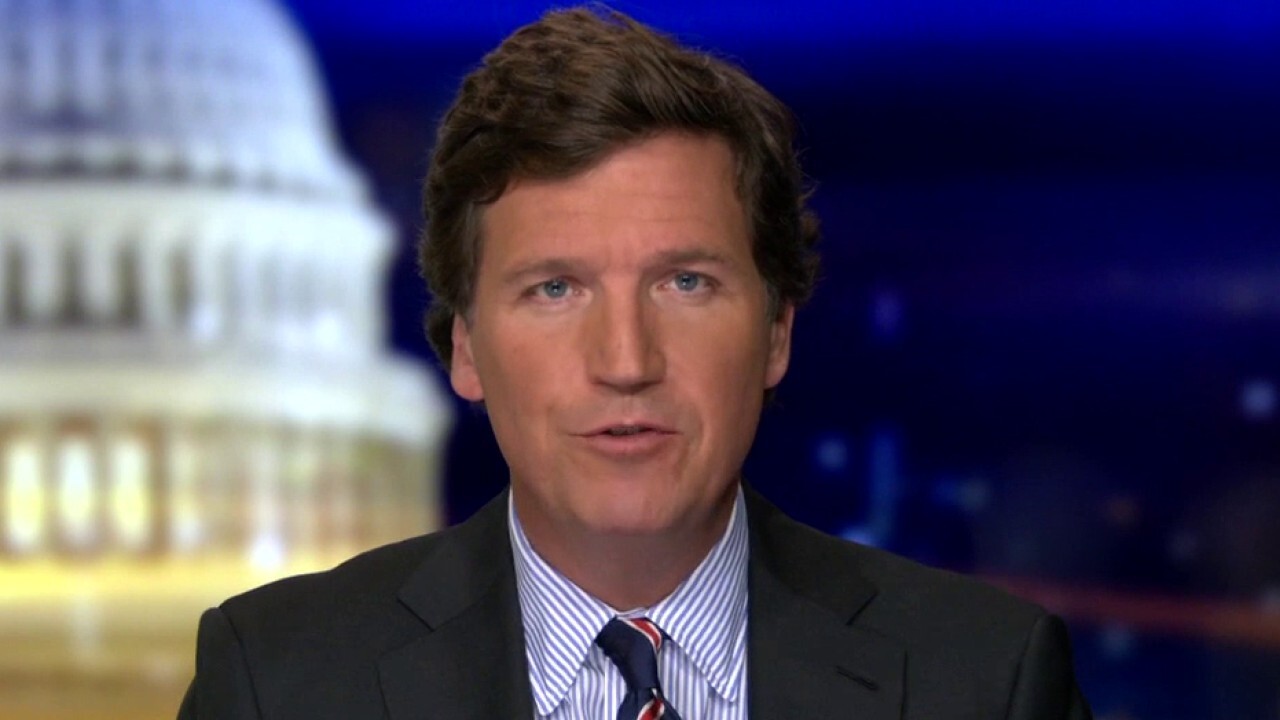 video.foxnews.com
Last edited: Mar 10, 2021
You must log in or register to reply here.

D
The Virus that came from China.
2 3