My personal opinion is that Putin has made a critical strategic mistake.

I foresee:
This will lead, I believe, to the downfall of Putin. It is likely to take time, but history tells us the outcome.

The Russian's do have allies though, in particular China. The leaders of both countries were seen sitting together at the Olympics. And China has failed to condemn the invasion. Why? Because they want to eventually invade Taiwan, and it would look highly hypocritical if they condemned Russia for doing something similar.

I do not blame many of the Russian people for a pro-Putin belief. They have had a whole lifetime of brainwashing from a state controlled press, rewiring their brains with a mass hypnosis. There are no free elections, with his opponents mysteriously being poisoned and then jailed on trumped up charges. No one is allowed to protest without a heavy handed police force, and draconian criminal charges that could ruin their futures.

Russia is just like North Korea, although a less extreme version. The citizens will remain impoverished, living a substandard lifestyle because of the actions of Putin and his cronies.

There needs to become a tipping point in the volume of protesters so that they become emboldened, leading to the more timid expressing their views.

Jon said:
This will lead, I believe, to the downfall of Putin. It is likely to take time, but history tells us the outcome.
Click to expand...

I was idly speculating that the Russian military may institute a coup. How realistic that is, I don't know. There was on attempt years ago: 1991 Soviet coup d'état attempt.

I fully agree with your (@Jon) assessment. But because I live in the US and observe first hand the Biden administrations misinformation lies, it appears to me that the US has "blood on its hands" and will also suffer severe repercussions.

Fundamentally, the Biden administration was provoking Russia (Putin) by refusing to negotiate. Biden is a wannabe strongman and likes to brag about how manly he is, that he taught Corn-pop a "lesson" or that he would take Trump out to the "woodshed" for "discipline". This attitude of contempt towards Putin and disregard for Putin's concerns; put Putin in the unfortunate position of having to initiate "war" to maintain his credibility. Putin is still responsible for his reprehensible action of initiating "war", but the Biden administration must be recognized as complicit.

I do not believe Biden is complicit in any way whatsoever. Ukraine is a sovereign nation and whatever any other leader says, Biden or otherwise, starting a war with your neighbour is a separate issue. The truth is, as I see it, is that Putin has always wanted to reform the USSR. You only need to see his writings and previous speeches about this.

Putin's NATO concerns are just a guise under which to reestablish the USSR. His military is now in Georgia, Belarus and Ukraine. A coincidence or part of the plan?

I think starting a war with your friends is no way to establish credibility. Instead, he has lost all credibility around the world, and leads to the destruction of Russia. Putin is on a personal mission to establish himself as a great leader in history by empire building. He is living in another era.

Edit: Biden is complicit in as far as he is a weak president, and Putin took this as a green light.

Jon said:
I do not believe Biden is complicit in any way whatsoever. Ukraine is a sovereign nation and whatever any other leader says, Biden or otherwise, starting a war with your neighbour is a separate issue. The truth is, as I see it, is that Putin has always wanted to reform the USSR. You only need to see his writings and previous speeches about this.
Click to expand...

The Ukraine is a sovereign nation. But the Biden/Harris administration ignores that, they are aggressively inserting themselves into events that I have contended are a European issue. The unfortunate side-effect, Ukrainian concerns have been "disappeared" by the US for "greater concerns". To express this differently, what I see (on US media) are Biden/Harris/Blinken/Psaki proclaiming with great sanctimony how the US morally obligated to stand-up for democracy/freedom and that the US can't allow Putin to push NATO around. Were is the Ukraine?

Jon said:
Edit: Biden is complicit in as far as he is a weak president, and Putin took this as a green light.
Click to expand...

Jon said:
My personal opinion is that Putin has made a critical strategic mistake. 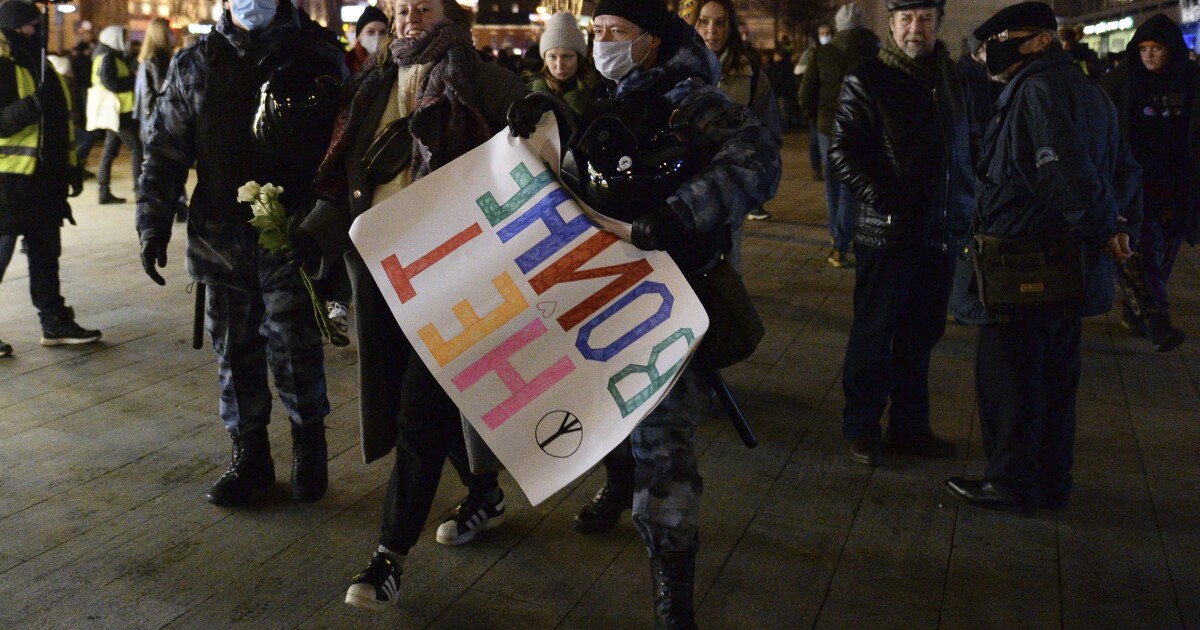 As Russian President Vladimir Putin seeks to exert power abroad in Ukraine, he is facing domestic anti-war sentiment and protests against his military aggression. 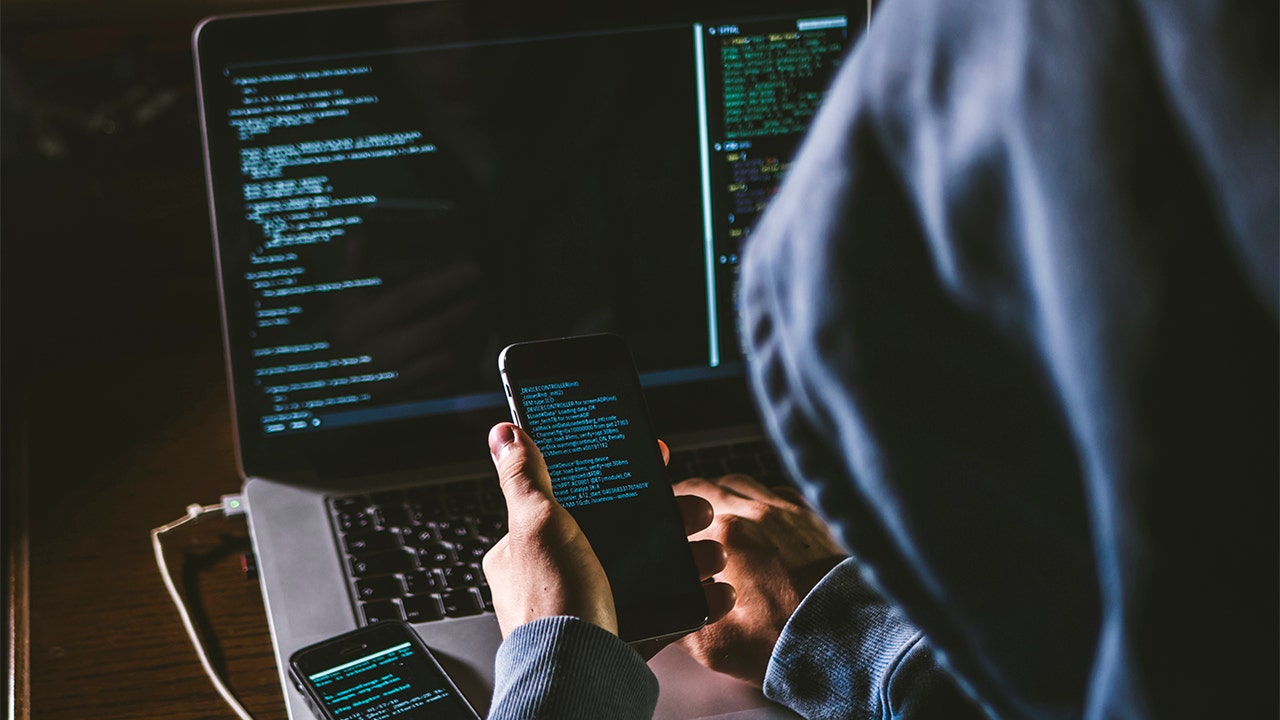 Anonymous has conducted cyberattacks against governments and corporations. They appeared to declare war against Russia and Putin following the invasion of Ukraine.

The US could have ignored Iraq's invasion of Kuwait, calling it a middle-eastern issue. The danger is that if you turn a blind eye, you will unleash dictators. The world then becomes a much more dangerous place.

Putin hasn't pushed NATO around. Ukraine is not a member.

I'm sure the US will appreciate the support of NATO members when China invades Taiwan, even if they live nowhere near that zone.

Protests are being threatened with the charge of treason. Such is the oppression in Russia. 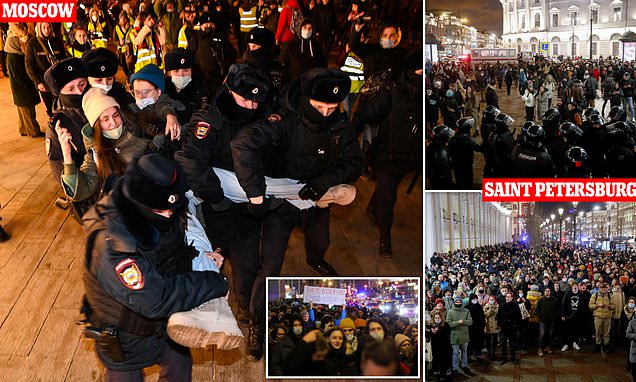 Pictures showed Russian police clamping down on anti war protesters in the Moscow and St. Petersburg, some of whom had to be physically carried away by officers in police uniform.

I do not blame many of the Russian people for a pro-Putin belief. They have had a whole lifetime of brainwashing from a state controlled press, rewiring their brains with a mass hypnosis.
Click to expand...

Are you talking about Russia or the US?

The US could have ignored Iraq's invasion of Kuwait, calling it a middle-eastern issue. The danger is that if you turn a blind eye, you will unleash dictators. The world then becomes a much more dangerous place.
Click to expand...

But we are not prepared to go to war with a nuclear power. Iraq's invasion of Kuwait (BTW, they invaded Kuwait twice while I was living there and Kuwait paid them to go home), threatened to destabilize the Middle East and interfere with the flow of oil to us and our allies. Putin's invasion of Ukraine doesn't pose anywhere near the threat to us that it does to the rest of Europe. Why are we even involved at this point? This is a UN issue and an EU issue until we are asked for support.

NATO has a specific mission. That being to protect the member countries from Russian expansion. It lost its meaning when the Berlin wall fell and the USSR broke apart. Even talking about Ukraine joining NATO was like prodding the bull. Biden and the Fascists' around him are like picadors. They want us on the verge of war in perpetuity because it makes money for them.

Compare our arming the Ukraine and talking about them joining NATO to the Cuban missal crisis in the 60's when Russia tried to put ICBMs into Cuba. Russia should know that we and the rest of Europe have no intention of invading Russia but why poke the bull?

All Biden had to do would have been to assure Putin that admitting Ukraine to NATO was not on the table. We sell arms all over the world so technically that is neither here nor there. With NATO off the table, Putin would have had NO reason to invade. I think he still would have because Biden is so weak but at least Biden would not have been complicit.

The Cuban missile crises was during a different era, when there was a cold war and stark separation of the USSR and the West, with their iron curtain. There was no cold war in recent times and much more integration.

How is it an EU issue if the US is a member of NATO? The US front line is in Latvia, Estonia and Poland. If it is a problem for European countries, it is therefore by definition a problem for the US. To think "It's over there and so nothing to do with us" is to misunderstand what NATO is about. And the economic implications are global.

You can say Putin's reason for invading Ukraine is because of NATO, but he has always had ambitions of recreating the USSR. I've previously outlined why I think he doesn't want NATO to suck up any remaining countries he can invade. The NATO excuse is just that, an excuse.

This is an interesting article to read from the Moscow Times: 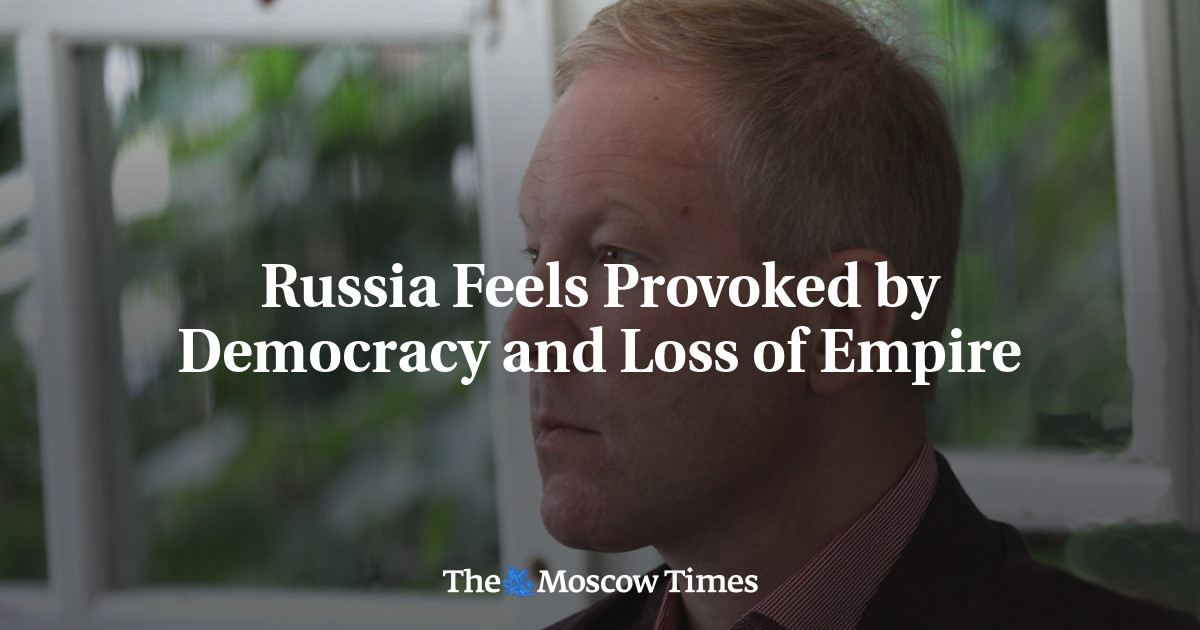 Opinion | Russia feels the pain of losing a totalitarian empire and witnessing the success of its former vassals in building democratic and free societies.

My point is not that we don't care or we won't help. My point is that WE should not be taking point on this. Biden should not be the one on TV twice a day making threats. NATO should be speaking. Why has NATO not sanctioned Russia? Isn't that the point of NATO? Where are the NATO troops (that we seem to pay for BTW)? The countries closest to the problem should be speaking.

As I said, Putin has wanted to recreate the USSR since it fell. Biden's administration pushing admitting Ukraine to join NATO, tipped the scales to NOW rather than later or perhaps never. Ukraine isn't part of NATO. I don't know why. Maybe they didn't want to join. Maybe NATO didn't want them. Biden didn't need to keep pushing the NATO issue with Ukraine to aggravate Putin. Maybe he was doing it because of all the money he got via his son's no show job with a Ukrainian company. Maybe that was the bribe for Biden agreeing to push Ukraine into NATO. In any event, the invasion threatens NATO. Russia's annexation of Crimea in 2014 was also a threat to NATO. Nothing bad happened then. Did that perhaps give Putin the idea that if he could take a little bite out Ukraine, he could get away with taking the whole thing?

No matter the circumstances, Putin started the war not Biden so where the hell is the UN in this debacle? Are they OK with this invasion because Russia sits on the Security Council? What is the UN for if it isn't to step up for things like this. I wonder if Russian troops assigned to the UN will be fighting Russian troops in the Ukraine?

I don't think it is just Biden on TV making threats, although I am not sure what you are referring to as a threat. Leaders all over the world are on TV voicing their outrage. This won't matter anyway after we are all nuked into oblivion.
P

All we are seeing is Biden. We haven't seen anyone representing the UN or NATO or Germany for example.
C

All we are seeing is Biden.
Click to expand...

Move to to the UK

The BBC link above is really no different from US "news" sites they all seem to be writing from the same script. I wouldn't be surprised if they all didn't scrape the news from the same centralized source. The only differents is who they are marketing to.

Pat Hartman said:
All we are seeing is Biden. We haven't seen anyone representing the UN or NATO or Germany for example.
Click to expand...

I've watched all three today. I'm also reading comments from readers of Russian newspapers to see what they think. Google Translate is a Godsend.

This is the one with comments I found: https://www.kp.ru/