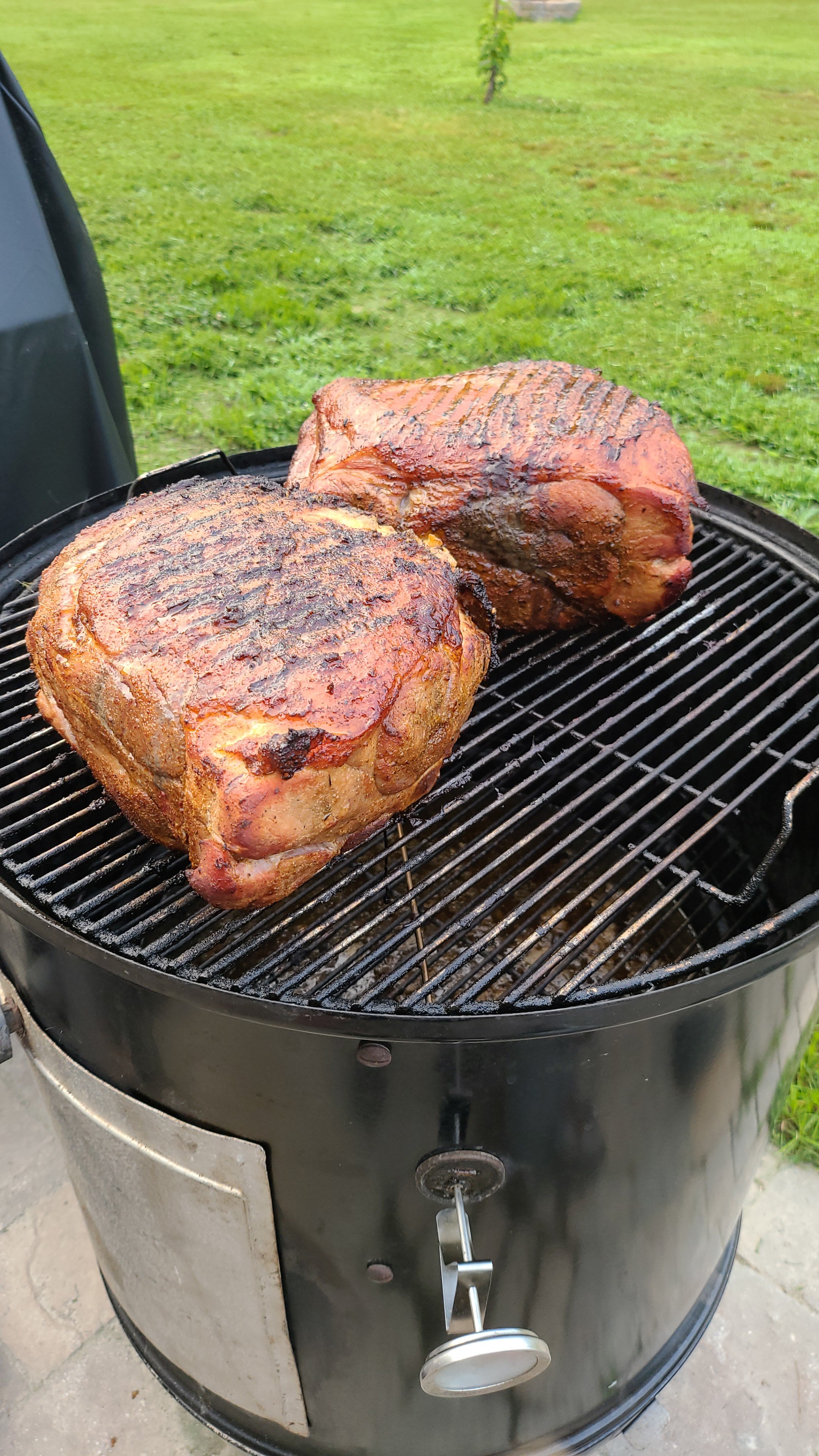 Best part of these federal holidays is I have an excuse to smoke massive amounts of meat. Got some scotch eggs waiting in the queue.

I wish I could be there.

Google says with one stop in Washington, I'm 15h 35m away.
Can you wait?

KitaYama said:
Google says with one stop in Washington, I'm 15h 35m away.
Can you wait?
Click to expand...

Yes. Japan. We have BBQ too, but it's nothing compared to how you Americans do it. We see how you do it in movies and sometimes here or there on line, but never can copy it the right way.

It is something unique, although I'm sure the Aussies do it a lot too.

I spent two years in Atsugi in the early '80's. As a 18 year old boy who had never left the USA, it made quite a favorable impression on me... 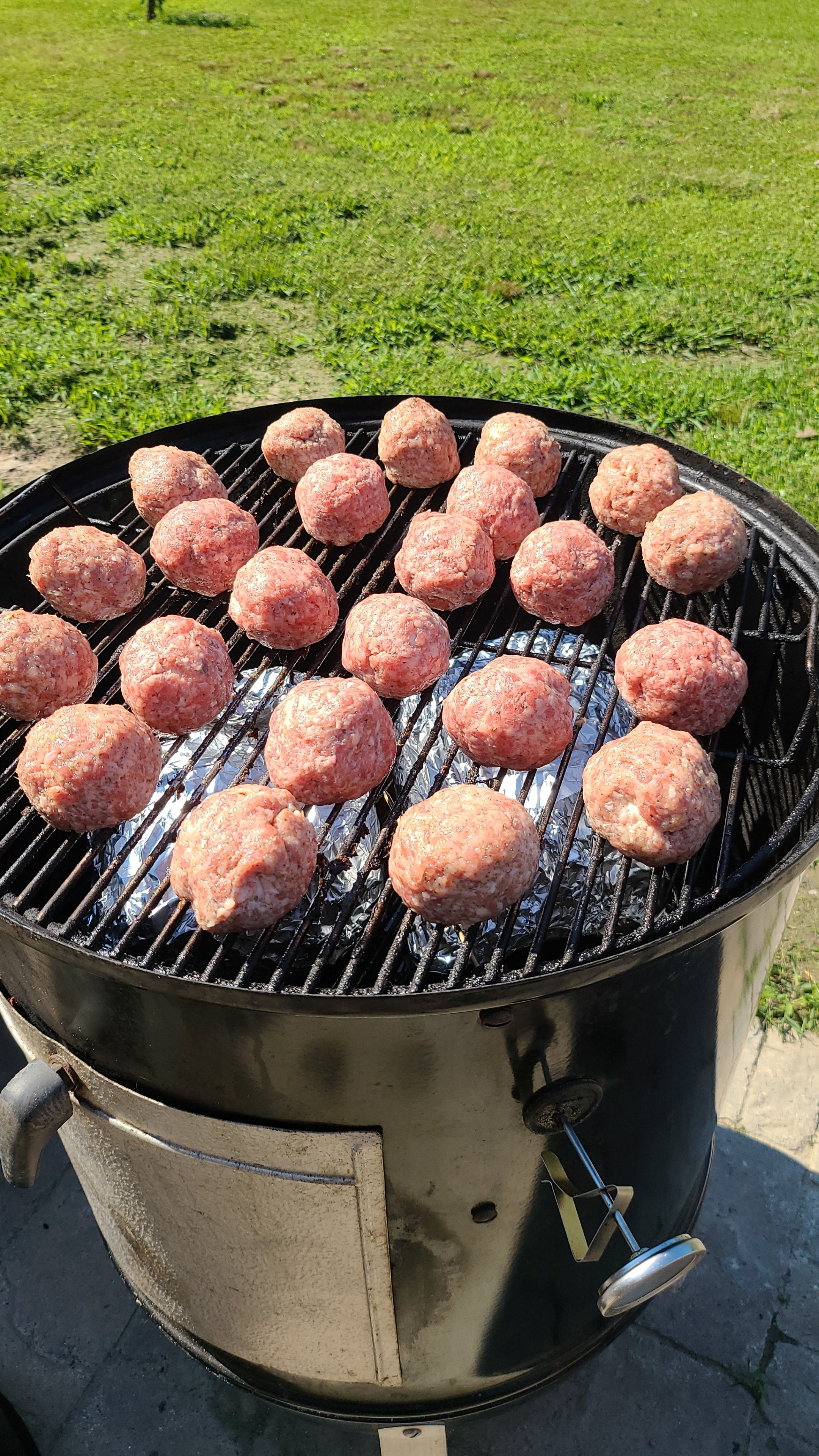 The Scotch Eggs have made it to the party...

KitaYama said:
Google says with one stop in Washington, I'm 15h 35m away.
Can you wait?
Click to expand...

With regard to pulled pork, here is OUR recipe. Not dirt cheap, but feeds a bunch for a reasonable cost. Ingredients can be inferred by reading the instructions.

First, get a good-sized crock-pot that you trust for overnight slow cooking.

Next, take a couple of large packs of boneless center-cut pork chops (from Sam's Club, 6 chops to the pack). DO NOT trim the edge fat. It will melt away and add to the moisture of the mix. It is possible to substitute a large pork loin for this but you need to cut it up anyway because of the layering that is part of the process.

Slice (not dice) the onions one at a time or slice together but keep each pile of slices separate. See next step for why you do this.

Add 12 -16 oz. of ginger ale. (Though we have ALSO done it using root beer rather than ginger ale.) You DO NOT need more moisture than that. Do not use DIET soft drinks. Use the high-test stuff. Do not, under ANY circumstances, use Pepsi Nitro. It goes flat instantly and doesn't form any carbonic acid in the process. We like Canada Dry for the ginger ale and have used Barq's for the root beer.

Slow-cook overnight. Stirring not required if it is a good crock-pot.

Pour the chops-and-onions mixture into a big collander and use forks (or your hands if you like handling really hot soft pork chops) to pull apart the meat of the pork chops. This is the "Pulled" step of pullled pork. You are literally pulling the meat apart into shreds. Should have NO large chunks when done properly.

Return the shredded-chops-and-onions mix to the crock pot. Mix in your favorite flavor of barbecue sauces. We have often MIXED several sauces. Our favorite mix is one large bottle of Kraft Hickory Smoked sauce and one large bottle of Kraft Honey Mustard sauce. Let that simmer again in the pot. Note that this is a "flavor to taste" element and you can pick your favorite barbecue sauces for this step. Mix or keep it all one flavor as you like. Stir mixture well one last time before serving. If you don't like it moist, use medium rather than large bottles of sauce.

Serve on a bun as a "sloppy Joe." Mayo or mustard not required, but some folks like it with some angel-hair coleslaw made with coleslaw dressing also on the bun. To us, that coleslaw is a side dish. Serve with a roll of paper towels as the sandwiches can be a bit messy.
I

Best part of these federal holidays is I have an excuse to smoke massive amounts of meat. Got some scotch eggs waiting in the queue.

Boston Butts. No idea why it is called that since they are really the shoulder of a pig. Smoked at 225f until the inner temp reaches 200 - about 9 hours - and then shredded to make pulled pork samitches.

All sounding good. I cooked some pork ribs on Memorial Day. Unfortunately I got the ribs from the store far later than I wanted to, so I was not able to properly marinate them. Still came out pretty decent.
You must log in or register to reply here.

L
...a bowing and scraping noob

how good are you at protecting your job?