AccessBlaster said:
We are living in Idiocracy.
Click to expand...

no argument, not even coming from visual basic.
P

My copy of the Constitution comes to ---- wait for it --- 34 pages including all the amendments. If an entire system of government can be defined within that small number of pages, surely bills don't need to be thousands of pages long. Remember, the bills are supposed to state WHAT not HOW. Once we get past WHAT, the various agencies then add their own thousands of pages of rules and regulations. If Congress was better at WHAT, they could spend the rest of the time on at least an overview of HOW instead of leaving it up to unelected bureaucrats to create the actual laws that govern us.

Congress works the way it does because it has "always" worked that way and they don't know they have a problem. You ought to read the five monkeys and a banana joke.

New people get elected. They go to Congress knowing that they can make a difference and they get sprayed with water and eventually give up so no change ever gets effected.

I would actually love to have Trump as the Speaker of the House. You don't actually have to be elected to Congress to serve as Speaker. Let some other conservative Republican be the face of the party. Let Trump do the dirty work of cleaning up Congress.
Can An Outsider Be Speaker of the House? (nbcnews.com)

Congressional Bill to Require Speaker of House to be a Member of the House | Ballot Access News (ballot-access.org)

Apparently the Dems are afraid that Trump could actually be appointed Speaker in 2022. They are forgetting how much the Republicans hate him.
P

Biden was on TV this morning lying about what would happen if the debt ceiling wasn't raised. From the Democrat's point of view, the new debt they want to incur overrides the existing old debt such as interest payments, SS, and Medicare and Medicaid. So, if the debt ceiling isn't raised, we still go out to buy our new huge TV and our new iphones and take in millions of poor people who can't possibly support themselves BUT we stop paying SS benefits and Medicare and Medicaid and interest on the debt. Yep, that's how the Democrats roll and the talking heads being stupid as well as having drunk the Kool aid just repeat the lie.

Biden's upset because apparently the Republicans had started a filibuster to stop the vote on the debt ceiling bill. The Dems were prepared to pass it all by themselves. Not sue why the Republicans are bothering. They're just going to cave anyway. By filibustering, they're just taking ownership of the problem. They should just lay down and play dead like they usually do.

But, the talking heads who support Biden's lies should be called out.
I

BUT - i agree with all else you said and really love the monkey banana thing, i'll have to pass that along, my dad will like that

Pat Hartman said:
Biden's upset because apparently the Republicans had started a filibuster to stop the vote on the debt ceiling bill.
Click to expand...

have you seen this Pat? 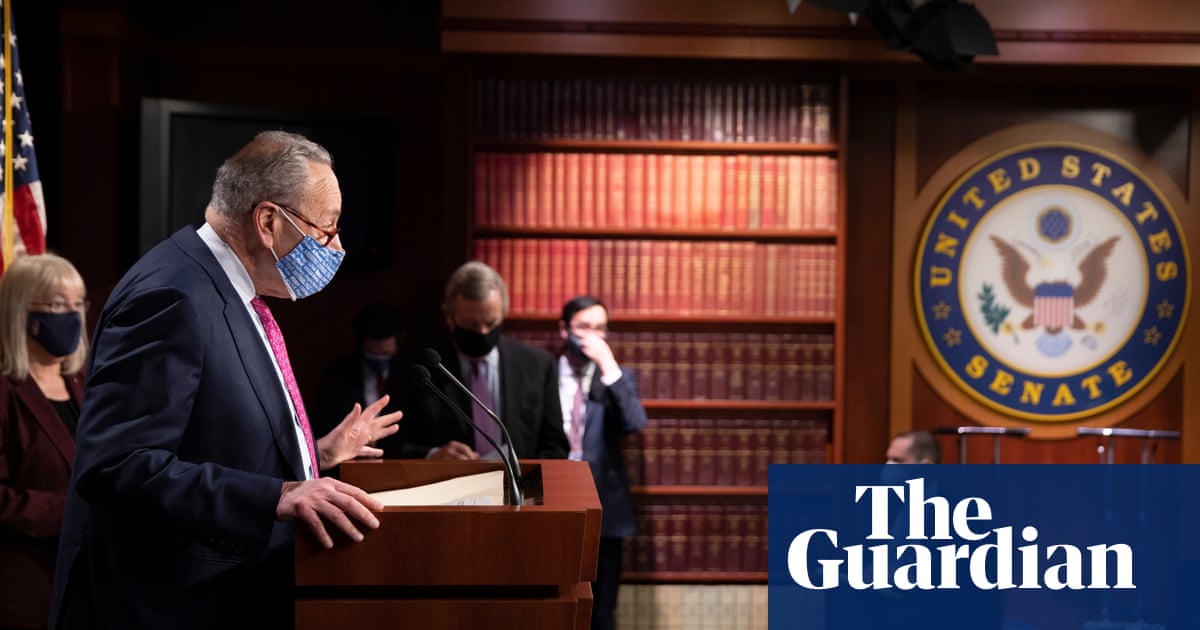 Explainer: what is the filibuster and why do some Democrats want to get rid of it?

Abolishing the filibuster could allow Senate Democrats to pass Joe Biden’s agenda, but there are risks

plus, I read today on google news that the republicans blocked another effort to raise the debt ceiling today. 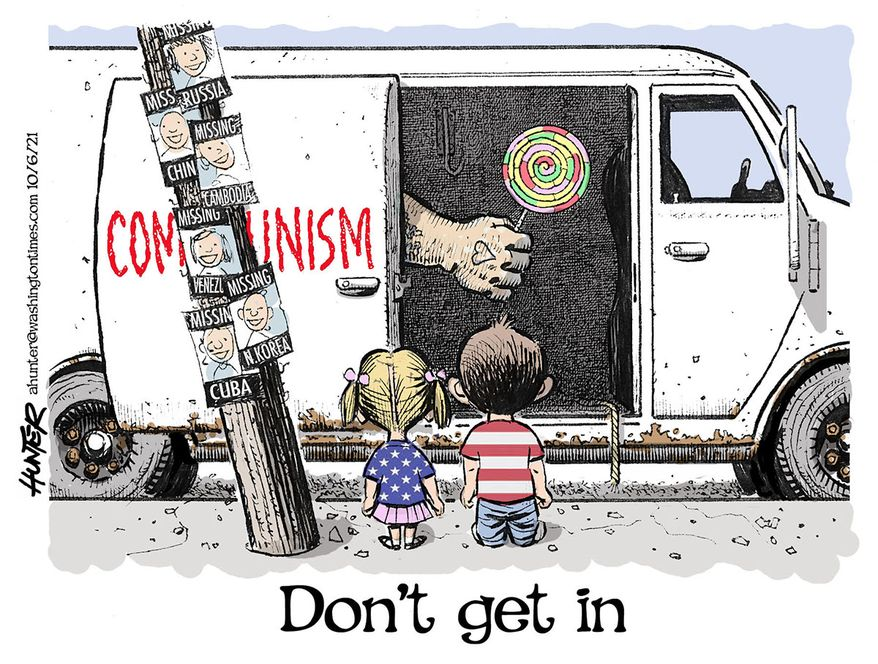 Both Senate Democrats and Republicans are trading paper on a potential agreement on the debt ceiling while debate continues over infrastructure and reconciliation.

Isaac said:
The Vice President breaks any actual ties in the Senate
Click to expand...

Both Senate Democrats and Republicans are trading paper on a potential agreement on the debt ceiling while debate continues over infrastructure and reconciliation.

The article notes: "Senate votes to lift debt ceiling, averting default" (emphasis added). That is a lie that needs to be put to rest. It is used to promote fear mongering and Armageddon if something is not done. First, the government continues to receive revenue and can use that money to pay its debt. Of course that does not mean that some current programs don't have to be temporarily suspended since the money would not be there. See Mark Levin's video clip in post #75.

Second, the debt ceiling is a known constraint. That means that Congress has had plenty of time to solve this constraint. Since they have not, and that they waited till the last possible second, implies that all the howling is nothing more than theater for generating fear mongering headlines.

The article notes that an "agreement has been reached". What does that mean? This is a black hole. In theory, to achieve an "agreement" both sides, it would seem, would have been expected to compromise on something. Did the Republicans just rollover and give the Democrats a blank check?

This is of concern as the sound bytes from various Democrats imply that the Democrats have no interest in compromise. Biden, in fact, demand that Republicans get-out-of-the-way so that, as Biden put it, MY legislation gets passed. Biden does not get to unilaterally define what is "right" for the US. That is the mark of an autocrat. This is not how the democratic process is supposed to work. The party out of power, has credible interests that need to be respected. Democrats don't respect those concerns. Republicans, in the past, have simply acquiesced to the Democrats rolling-over them.Time for Republicans to get a backbone.
Last edited: Oct 8, 2021
I

i saw the video with manchin shaking his head and putting his head in his hands. near the beginning someone puts their hand on his arm as if to comfort a mourning lass. it is funny. then he gets up to leave. probably went off to some DC bar to have a drink in a movie-like place where everyone wears suits and draws plans to invade countries on napkins. ok, ok...i watch too many movies.

Isaac said:
he's so close to switching teams, i think ...... just needs a little more democrat radical stuff to push him over the edge ........
Click to expand...

Repubs have enough RHINO's, they don't need Manchin or Mitch.
I

Mmm, I see your point I suppose..

I've always thought the concept of secret infiltration was exciting - Like, imagine going 10 years into your political career as a Democrat. Then suddenly, one day, at the most crucial imaginable moment, you just do a 180 on ALL your policies and support. You could even make it to where you appeared to have had an epiphany and switched because of that, or something. It would be the most thrilling thing.

I guess doing that and becoming a supreme court justice would maybe be even more amazing. Or the Manhattan DA.
P

The article notes: "Senate votes to lift debt ceiling, averting default" (emphasis added). That is a lie that needs to be put to rest.
Click to expand...

The Democrats know how stupid the public is so it is the lie that never dies. It is quite likely that the Republicans have also used it in the past.
A 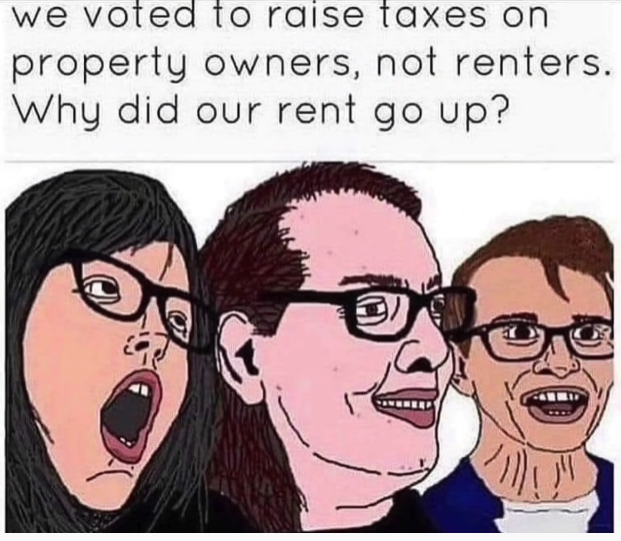 It's the price we all pay for uninformed voters. in California, they constantly vote for higher taxes by saying stupid phrases like "it's for the children" Haha, so lame it's never for the children.
P

I'm going to fall back again on the progressive mantra that stupid people shouldn't breed. Only someone dumb as a rock would vote to raise taxes on property owners and think it won't roll downhill to them.
I

It's the price we all pay for uninformed voters. in California, they constantly vote for higher taxes by saying stupid phrases like "it's for the children" Haha, so lame it's never for the children.
Click to expand...

the guy in the middle is my favorite. uhhh, god

It's the price we all pay for uninformed voters. in California, they constantly vote for higher taxes by saying stupid phrases like "it's for the children" Haha, so lame it's never for the children.
Click to expand...

It finally dawned on me that his also correlates to any law imposing a minimum wage. Currently, Biden and company have been paying people to stay home thereby forcing companies to increase what they pay employees (A de-facto minimum wage). Flooding the economy with money is now resulting in inflation. The net effect is that inflation now exceeds the growth of wage increases. That translates into workers actually earning less.
Last edited: Friday at 3:34 PM
A

Inflation is the cruelest tax of all, because it's a tax on the poor.

AccessBlaster said:
Inflation is the cruelest tax of all, because it's a tax on the poor.
Click to expand...

Say that again, and you will right twice!
You must log in or register to reply here.

Coronavirus - Time to Reflect on the Initial Reactions
2