The supposed "win" by Biden with the rapid (in less than three months) consequent unilateral approval by Democrats of a $1.9 trillion pork-filled Covid Relief Package signed into law on March 11, 2021, a proposed $2.25 trillion infrastructure tax/plan reminded me of Eisenhower's "Farewell Address" were he admonished the nation to be beware of the "military/industrial complex" (starting at about the 7 minute mark). Even Mark Penn, a Democratic Party strategist, independently observed today that the "Era of BIG government is back!!". (Mark Penn during the Clinton Presidency was one of the pundits talking about the era of big government being over.) The "Deep State", to preserve itself, and in collusion with the Sanders' crowd, was successful in manipulating the political process to get the artificial construct known as Biden elected. Seems that Eisenhower was very prescient.

I've been making numerous posts in the thread Election Do-Over!!! as the Democrats were successful in controlling the message to tilt the 2020 presidential election towards their favor to get Biden "elected". Based on recent news events, the Biden administration and social media are now continuing and unabashedly colluding to control messaging into the future. Laura Ingraham, plus others, have recently reacted to call-out this objectionable attack on the fundamental right of "free speech" and potential devolution into a fascist (Orwellian?) totalitarian state. Hence a switch to this thread. 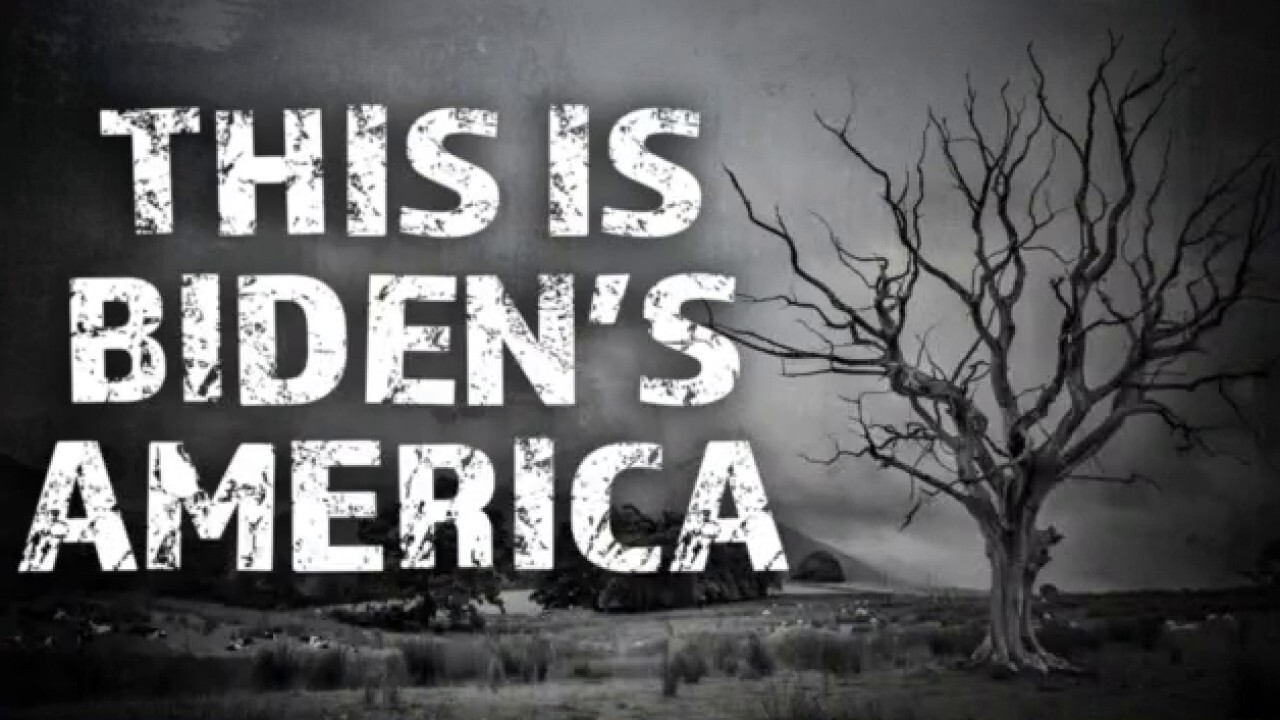 The dislike is for the article, not because you posted it. Who is John Galt?

Unfortunate. I assume that you really know the meaning of John Galt is since it is a refrain from "Atlas Shrugged ".

Steve R. said:
I assume that you really know the meaning of John Galt
Click to expand...

I do. It is a shame the majority of US citizens do not...

If true, the operative words. So far everyone commenting is being very cautious concerning the Milley story below. For now, it is unverified and generating a lot of click-bait headlines. Would this qualify as misinformation to be harshly suppressed by social media? 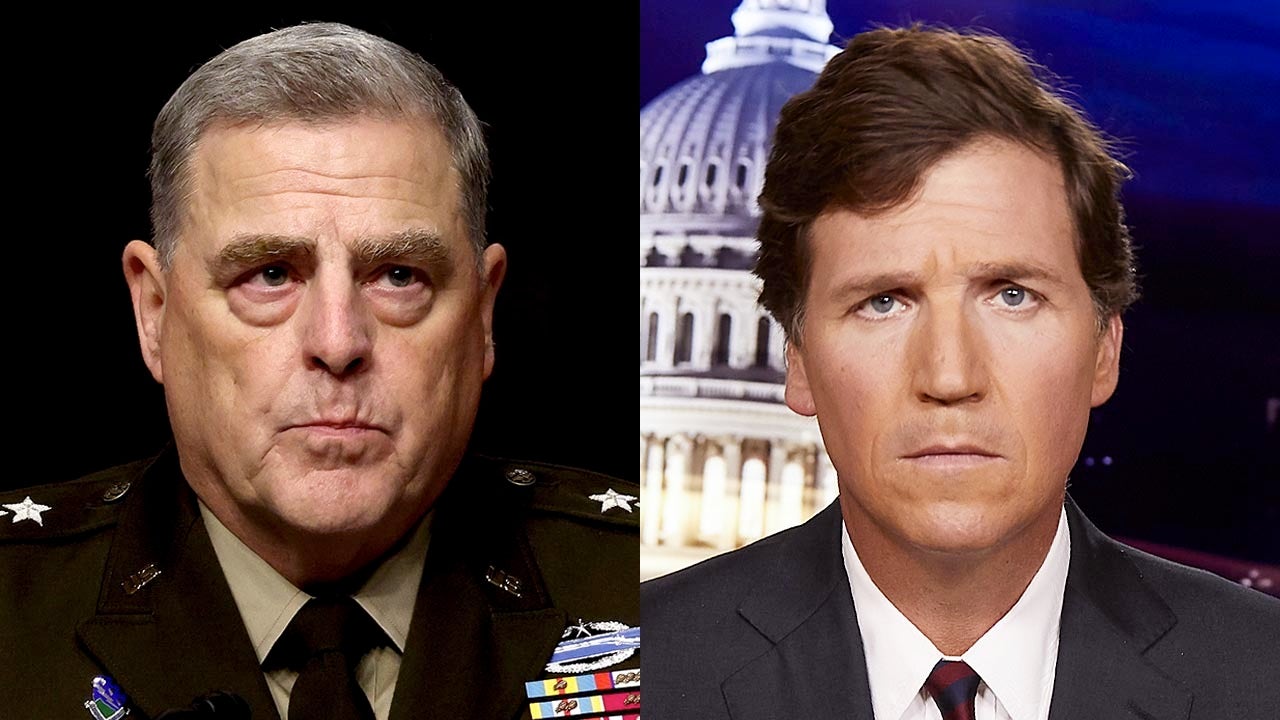 Tucker Carlson: Mark Milley committed treason, and others were implicated

Tucker Carlson discusses reports that Gen. Mark Milley, chairman of the Joint Chiefs of Staff, colluded with the Chinese military.

"Now, according to a new book by Bob Woodward and Robert Costa, Milley went even further than that. On Oct. 30 of last year, Woodward and Costa report, Milley called his counterpart in China, a general called Li Zuocheng. Milley did not tell his boss, the president, about the call, either before he made it or afterward. Here was Milley’s message for the communist Chinese military. "Gen. Li, I want to assure you that the American government is stable and everything is going to be OK. We are not going to attack or conduct any kinetic operations against you." And then, reportedly, Milley said this. "Gen. Li, you and I have known each other for five years. If we’re going to attack, I’m going to call you ahead of time. It’s not going to be a surprise."
Click to expand...

The comments by Doug MacGregor are excellent. MacGrefor film clip is about half-way down the webpage. MacGregor, for now is not claiming that accusations contained in Woodward's and Costa's book are true.

In fact, there was a "coup" in progress, but it didn’t come from the right. It wasn’t brewing in Alabama. Instead, a constellation of unelected government employees, loyal above all to the Democratic party and the permanent class in Washington, ignored the United States Constitution and invalidated the votes of tens of millions of American citizens.
Click to expand...

It seems, based on the names popping-up, that there may have been cabal of individuals (Pelosi, Schumer, and now Milley) actively manipulating the government to implement a soft "coup".

The Washington Post article below may have paywall issues for you.

Top Republicans began calling for the scalp of the nation’s top military officer Tuesday over reports that he circumvented then-President Trump by reassuring China about the U.S. president and his ability to undermine him. 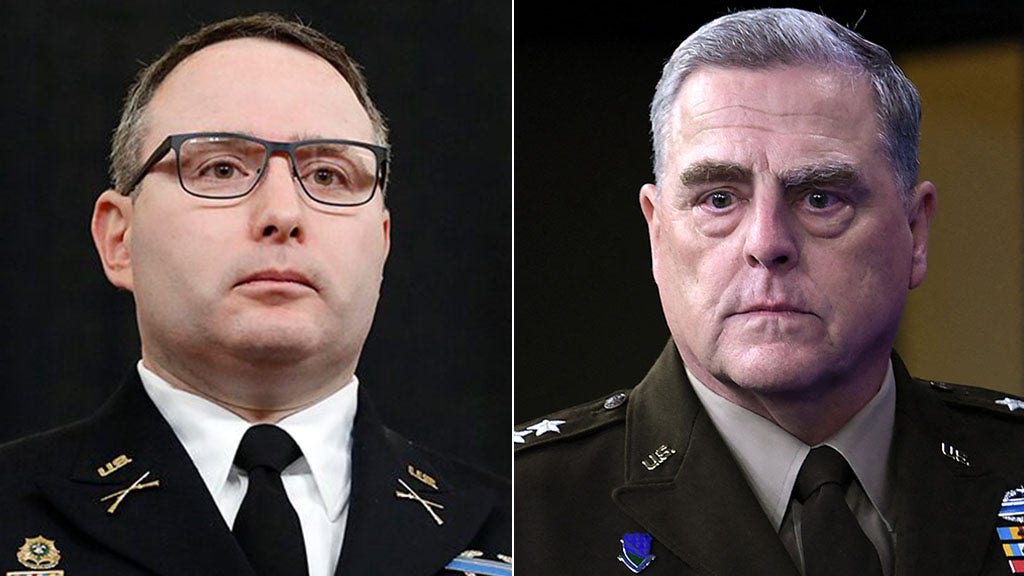 Retired Lt. Col. Alexander Vindman, the star witness in the first impeachment trial of President Trump, is calling for the resignation of Chairman of the Joint Chiefs of Staff Gen. Mark Milley if the reporting of his secret phone calls with China under the previous administration occurred.

www.foxnews.com
Last edited: Sep 15, 2021
You must log in or register to reply here.