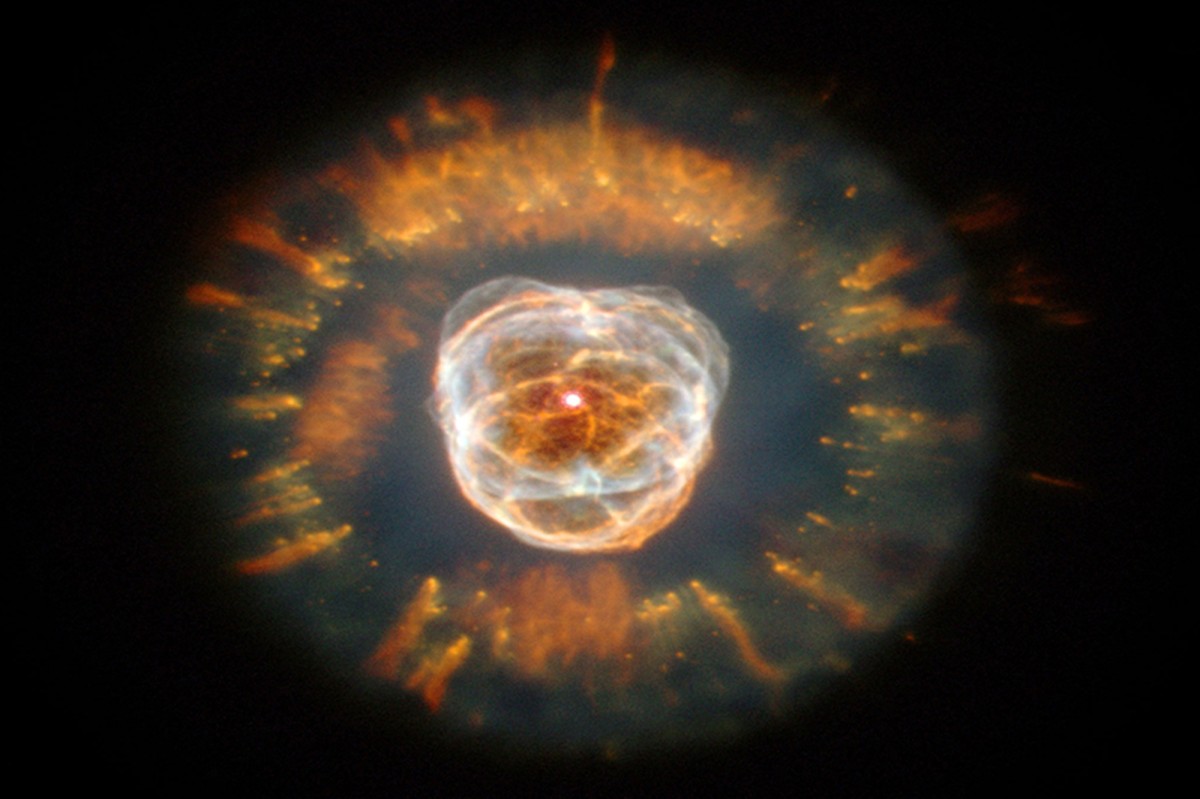 NASA to remove offensive names from planets and other heavenly bodies

Political correctness has now expanded to space, where NASA says planets, galaxies and other heavenly bodies will no longer be referred to by “offensive” nicknames. In a press release T…

Are they going to rename Uranus?

I just posted on Facebook, that I noticed I had purchased a bag of Midget Gems the other day.

I meant no offence to any little people.
D

I saw this comment in another forum the other day:
Next will be "black holes" and "dark matter".

I just want to add I’m not against what NASA‘s started on this.
D

What a surprise to see you’re on facebook. It’s the first time I see a member here is on a social media apps.

Tera said:
What a surprise to see you’re on facebook. It’s the first time I see a member here is on a social media apps.
Click to expand...

Political correctness at NASA surfaced in 2010 under the Obama Administration.
Christian Science Monitor article: NASA chief says agency's goal is Muslim outreach, forgets to mention space
According to the Christian Science Monitor, the Obama administration "corrected" Bolden. Real Clear Politics: NASA's Muslim Outreach wrote: "It's not really surprising that President Obama told NASA administrator Charles Bolden that his highest priority should be "to find a way to reach out to the Muslim world and engage much more with dominantly Muslim nations to help them feel good about their historic contribution to science ... and math and engineering." It fits with so much that we already knew about the president."

According to Rush Limbaugh: "President Barack Obama shut down NASA space flights and turned the agency "into a Muslim outreach department." Consider this after-the-fact, fact. With the launch of SpaceX the US has finally returned to space after approximately 10 years. Had the Obama administration been interested in a space program, a replacement shuttle and/or other space vehicle should have been ready soon after the last shuttle's flight on July 8, 2011. The evidence is clear, the Obama administration sacrificed the space program to promote a public relations campaign that may have been aimed at Muslim outreach.
Last edited: Aug 9, 2020

To be honest, we DO owe a lot of math knowledge to the Muslim world. I have no problem with acknowledging any group's scientific contributions. Heck, a lot of scientific experiments in biology and genetics were done in monastery gardens.
M

Uncle Gizmo said:
Are they going to rename Uranus?
Click to expand...

Why? It's pronounced yur-an-us where an is as in "ran". That worn out joke I keep seeing/hearing just lets me know that they don't.

The_Doc_Man said:
To be honest, we DO owe a lot of math knowledge to the Muslim world. I have no problem with acknowledging any group's scientific contributions. Heck, a lot of scientific experiments in biology and genetics were done in monastery gardens.
Click to expand...

Of course, the scientific accomplishment of the past need to be celebrated. No dispute there. However, one should not shut-down our own scientific research and/or sacrifice the space program as a consequence. Moreover, one of the sociological themes we see today is the outright vilification of Western culture. (There have suggestions that the teaching of math is racist.)
Last edited: Aug 9, 2020

Steve R. said:
The evidence is clear, the Obama administration sacrificed the space program to promote a public relations campaign that may have been aimed at Muslim outreach.
Click to expand...

You did notice that the politifact link is flagged as false, right?
also your link states:

The retirement of the 30-year-old space shuttle program may have happened under Obama’s watch, but the process was triggered during the administration of President George W. Bush.
... The goal after that was to have a commercial spaceship to carry American astronauts by 2015. In the interim, NASA is paying for seats aboard Russia’s Soyuz space capsules for missions to the International Space Station. Other countries, like Japan and Canada, have reached the space station via Soyuz capsules, too.

That arrangement will continue for NASA through 2017. Part of the reason for the delay is that Congress has underfunded Obama’s recent budget requests to help private companies develop their own space technology, according to Space.com, a space and astronomy news website.
Click to expand...

moke123 said:
You did notice that the politifact link is flagged as false, right?
also your link states:
Click to expand...

A matter or perspective.

Male/Female
As an engineer, I have been confronted with male and female things. Engineering terms which describe things because one looks like a "C" and the other looks like "P"...

To illustrate my point, I searched the internet and found this description of Fibre optic cables:-

I was amused to note the mention of a "hermaphroditic connector", a fortuitous find, as it illustrates my point perfectly. The purpose of this type of language like calling a pair of Galaxy's Siamese twins and the like is an aid to communication. It's the essence of communication, to find the right analogy. The fact that some of these analogies are taken by some to be offensive it's just a reflection on their own stupidity, naivety and immaturity.

For example, as a teenage pupil when such things were discussed in the male/female connector context I was generally embarrassed. It took awhile for me to grow up! That's what these people need to do.

What about carpentry? There are male and female joints. Are those going to be banned now because they are offensive? Perhaps innie and outie joints are better terms so people don't feel damaged by violence of those terms. And looking at the different types of joint on Google, there is a Butt joint. This is a clear case of objectification. I object!

I haven't started on people's surnames yet!

Let's not even think about a muff coupling

You reminded me Paul:-

This is Mammillaria:… uh, breasts. Women’s breasts, to be more specific.

Got to say, Uncle G, that the referenced article about plant names was a good one.

But then, of course, the guys (and gals) who come up with those odd plant names DO have a sense of humor. And sometimes, their choices for names are actually very descriptive. Case in point:

The_Doc_Man said:
To be honest, we DO owe a lot of math knowledge to the Muslim world. I have no problem with acknowledging any group's scientific contributions. Heck, a lot of scientific experiments in biology and genetics were done in monastery gardens.
Click to expand...

Well, they have devoted a certain amount of effort to chemistry.

Please don't be angry. Stay calm. You cannot think normally when you get angry.
You must log in or register to reply here.

The "Lockdown* is making People Techy!