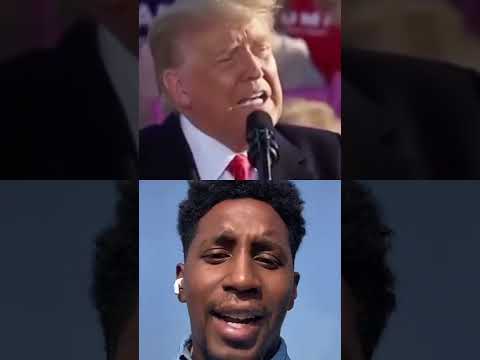 I worry about Trump's health if he gets a 2nd term. He's not a young man and his diet could be a LOT better. (I'm not being snarky. I know about my health because of my earlier bad diet choices too!)

Plus if he DOES run and gets elected, the Democrats will probably panic badly enough that we will see a repeat of Jan. 6th or something analogous to it. Trump Derangement Syndrome will have to be added to the recognized afflictions in the American Psychiatric Association's manuals.
I

I hope Trump steps aside and another person with less baggage is put forth - someone who can win without a doubt (against Biden or Kamala, anyway).....like Ron DeSantis.
A

How about a Trump/DeSantis ticket?

#blackpeople #politics #trump COPYRIGHT DISCLAIMER Under Section 107 of the copyright act 1976, allowance is made for fair use for purposes such as criticism...

AngelSpeaks said:
How about a Trump/DeSantis ticket?
Click to expand...

I wouldn't have a personal problem with it, but I'd favor anything with the least risk of any kind. Who knows what they may (successfully) do to Trump in the next 12 months, whereas I think DeSantis is untouchable.

Let's throw every "advantage" we have at this thing just to be sure. Partner DeSantis with a female. There are so many brilliant, articulate conservative women out there with a clean record that I don't even know who to pick from.

But I think DeSantis / Candace Owens is my favorite idea so far. And unlike the Left, I didn't just pick a token black female. I actually feel that Candace is one of the most powerful speakers I've ever heard - she never lacks for words, and they're always the perfect ones.
Let Kamala debate that, she wouldn't last 3 seconds.
P

I would rather DeSantis stay as governor of Florida. We really need him there. Too bad the rest of the Republicans are feckless pieces of dog do. How about that Mitch McConnell

Pat Hartman said:
Too bad the rest of the Republicans are feckless pieces of dog do. How about that Mitch McConnell.
Click to expand...

In addition to McConnell, add 14 more Rhino Republicans to the "list". This may make that anticipated "red wave" a potential belly flop. 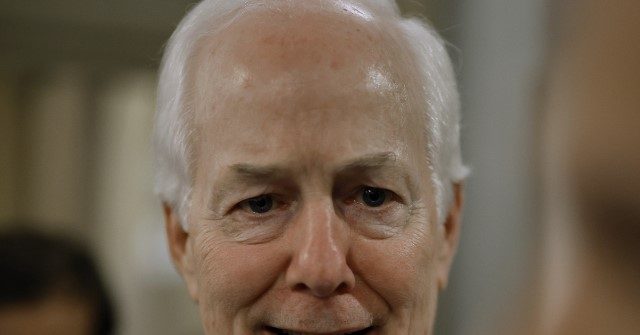 Add a fourth thing to my list of things I will never forgive Trump for - Backing Mitch in his reelection campaign in 2018. I'd bet money he isn't going to back Mitch in 2024
I

Quote from senator cornyn "Cornyn also explained the need to extend the ban to purchase a firearm to misdemeanor domestic violence offenses" I personally think this is a big problem. I haven't looked up statistics for this, but it has been my observation in life to conclude that a significant percentage of bad breakups include a significant percentage of bogus domestic violence accusations thrown in to sweeten the deal that whoever is trying to make for whomever. Tie that to the fact that I believe a significant if not majority percentage of men plead out to minor domestic violence charges simply because it is hard to do anything otherwise, especially in the modern political climate on this issue. Now if you took all of those situations and made all of those people who pled out ineligible to own any firearm, that doesn't seem right. Domestic violence is too much of a commonly misdiagnosed illness so to speak to have such a serious blanket remedy thrown at it.

Mostly because of that I am against the recent gun control legislation.

Harden schools and address flags on social media (I know, this sounds like a can of worms, but we HAVE to figure out some way to catch the obvious stuff, like people actually posting I am going to shoot people), and do what Oklahoma just did yesterday - all those steps were very common sense.

Then have an honest conversation, for the first time in a while, as a nation about kids growing up angry, alone, unloved, and without a decent Dad--and admit that's what's producing the explosion of wanting to kill people and die.

Also, I might get crucified for saying this, but I wish guns were limited to people 21+...or even 23+.

Young people are highly unstable. Guns are serious business. They should be limited to adults, except borrowing Dad's gun for hunting or range only.
P

Children should probably not own handguns but in flyover country, many homes have long guns. The children grow up with them and learn to respect them and it would never occur to them to take one and go kill people. So, I don't think children are inherently unstable. Throughout the history of this country, children have grown up in homes with guns and not turned into mass murderers. There is something in the water these days. We need to figure out what that is and fix it.
I

Pat Hartman said:
Children should probably not own handguns but in flyover country, many homes have long guns. The children grow up with them and learn to respect them and it would never occur to them to take one and go kill people. So, I don't think children are inherently unstable. Throughout the history of this country, children have grown up in homes with guns and not turned into mass murderers. There is something in the water these days. We need to figure out what that is and fix it.
Click to expand...

Yes that's probably true. I guess my wish to raise the minimum age demonstrates how little faith I have in the possibilities that we will actually solve society's family and father problem, but if we could, I agree, decent children are not hoodlums and would not necessarily need to be prevented from handling guns.

But perhaps they should be prevented from actually purchasing them, I mean why is that necessary. In those cases possibly the Texas shooter would have been stopped at least he would have jumped jump through more hoops to have someone else buy it for him, a little slowing down effect.
P

Except for the fact that we put the burden of killing our enemies on 18 year-old kids. Maybe the problem is that they are still kids at 18. Our society has gotten so warped that children get sexualized when they are very young but by 18, they still haven't learned responsibility for their own actions. That is backwards in my opinion.
I

Exactly right - why has our society succumbed to the Leftwing's insistence that we must all become race-crazed, sex-crazed maniacs?

I asked this question about a month ago: If every leftwing pro abortion hand-wringing activist would ask themselves this question, and think very carefully and with self-honesty about the answer, they might have an epiphany:
Why is it that conservatives and pro-lifers are not worried about THEIR daughters' ability to have abortions? They love their kids just as much and also don't want them to haphazardly have random children everywhere and unwanted pregnancies, so WHY is it - what's the secret sauce that allows them to sit calmly, knowing that for the most part their children will be OK?

If they could force themselves in a moment of great self-honesty, not just with talking points that they have been told, to answer that question, the reality of the situation would become quite clear: Because conservatives don't need to worry about that, they don't intend to raise children that run around creating unwanted babies! Leftists behave as if that's not even an option. As if being sexually responsible counts for absolutely nothing. As if these babies are just flying out and we have no idea where they come from but dodgammit, we must be given a way to eliminate them! The ignorance is astounding and particularly ironic in the face of the forced sex ed that they swore by....but seems to be doing them no good now.

Which is ironic if you think about it, after decades of the most intense and graphic sex education that the USA had ever seen, you would think by now we all could agree that young people are well aware of how babies are made. And frankly I think they are, the part that they've been made ignorant to is the good marriage concepts.
I

@Uncle Gizmo just watched the video - well done Trump, $5-7/gal gas, hit the nail on the head! Energy independence gone, guns...
It's like he had a crystal ball..
P

No. Irresponsible people are easier to control. Like everything else, their position on abortion is irrational. It is absolutely imperative that we be able to abort the unborn up to and including in the delivery room but we must never kill a single person committed of a heinous crime. Those are the people society should save at all costs. The innocent unborn can fend for themselves
I

Remember when they used to constantly accuse Trump of only being all about the TV cameras and the TV show type environment? 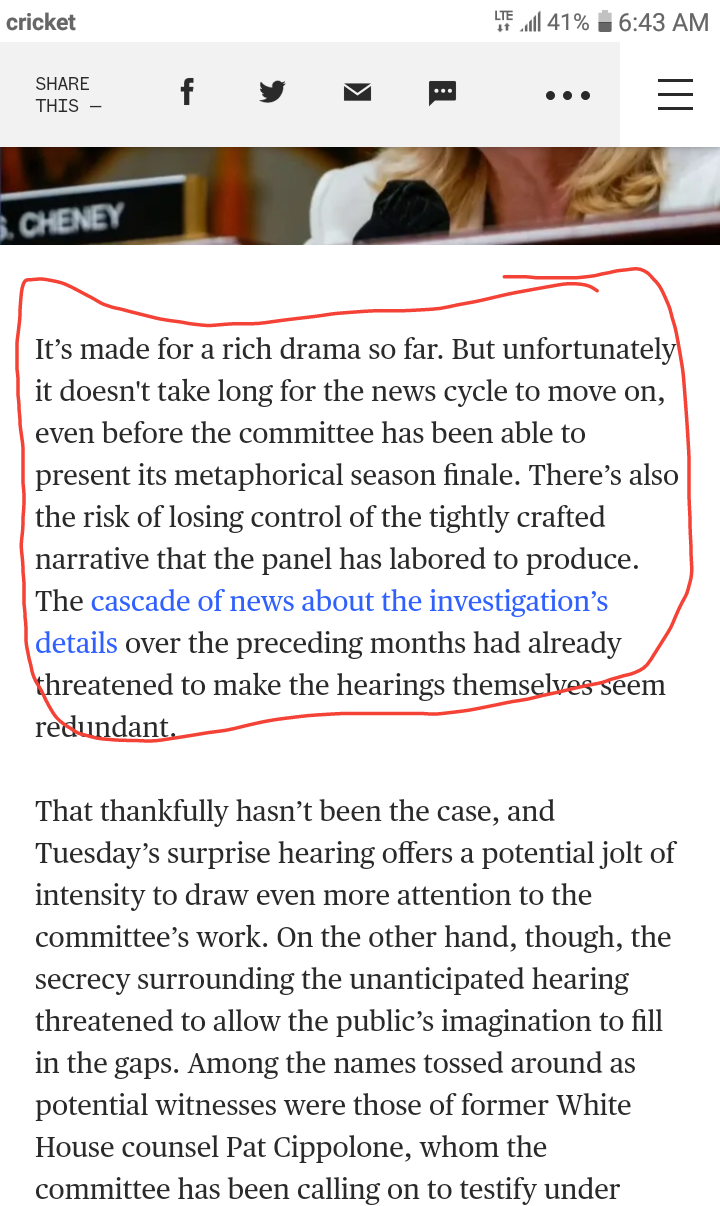 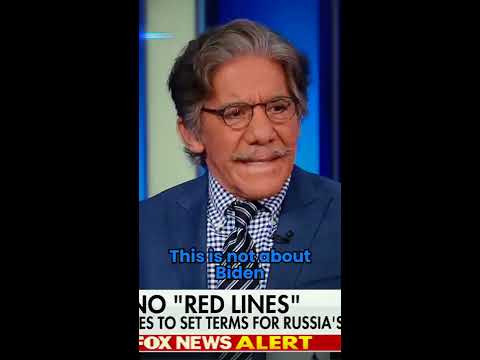 "When Trump Was President, Putin Was AFRAID" (Jeanine vs. Geraldo)

"When Trump Was President, Putin Was AFRAID" (Jeanine vs. Geraldo)Probably one of my favorite arguments on The Five. What do you guys think #shorts #foxnews ...

youtube.com
You must log in or register to reply here.

Peterson on 2024 election - Trump or Clinton?

Elon's not f'in around!