Will the Democratic Coalition Start to Unravel? (1 Viewer)

zeroaccess said:
Wait. The Senate voted 57 Guilty, 43 Not Guilty. That includes Republicans who weren't intimidated by Trump supporters who threaten them with their jobs next election. Unfortunately too many of them are afraid and voted status quo.

This is what many of them are up against: House Republican shunned by family members over Trump criticism

But despite many of the Republicans' unwillingness to do the right thing, even after being attacked by Trump supporters on Jan 6th, some of them support civil litigation. Don't be surprised if any of the victims decide to sue Donald personally for inciting the riot then refusing to call it off.

Oh, you mean kind of like the Lincoln Project, who threatened, intimidated, harassed and pressured the other major clients OF, and doxed any lawyers working for Trump and the Republicans after the election?
Z

Jon said:
Does that apply to Democrats too, or do you believe this only applies to Republicans? Using the same argument, a stronger claim is that the Democrats are more fearful of being intimidated because they all voted to convict Trump. None swayed the line.

If you believe it is not about politics, explain how all Democrats believe Kavanaugh is guilty, that they believe Biden is innocent of sexual assault, that Trump is guilty of Russia collusion despite no evidence. Is it a coincidence?
Click to expand...

Why do you believe there was no evidence? There was plenty including the meeting that happened at Trump tower. More than we could ever write about is written in the Mueller report so no need to spend too much finger energy on it.
I

You didn't answer Jon's argument though, and I think it's compelling.

DEMOCRATS: Voted strictly along party lines.
REPUBLICANS: Some Yay, some Nay - not by party lines.

Which out of those two groups can more likely be assumed to be voting their conscience, more than the other?

More than we could ever write about is written in the Mueller report so no need to spend too much finger energy on it.
Click to expand...

1. "Collusion" is only a crime when monopolies conspire to price fix or put other companies out of business as AWS, Apple, Twitter, Facebook, and several others did earlier this year to put Parler out of business.
2. The Mueller investigation looked long and hard for an actual crime and found none. There were people with a lot of opinions. I think Biden benefits from his family's dealings with China. Can we impeach him because I believe that? No. So far, we have lots of proof (most from Hunter's laptop, the rest from first party witnesses who participated in the shakedowns) but we don't have the money trail. Thinking Trump is guilty of the non-crime of "collusion" doesn't mean he or his team committed any crime. Mueller never investigated the FISA applications, which were based on lies because he didn't want to know that the whole premise of the accusations was built on sand. Sand paid for by the Hillary people, BTW. So did she collude with the Russians to smear Trump? I think so based on what I've read of the evidence.
3. The prosecutions of Trump supporters were for process "crimes" which the corrupt FBI and DOJ elected to not prosecute Democrats for.


Just FYI, it is common practice for the incoming administration to talk with our "allies" prior to taking over. John Kerry continued to talk to the Iranians AFTER Obama left office. That was technically a crime. The Clinton Foundation took money from foreign donors while Hillary was SofS. What were those people paying for? Funny how the donations stopped once she lost the election. I guess the foundation wasn't actually a charity after all.
A

...fourteen days to flatten the perv. 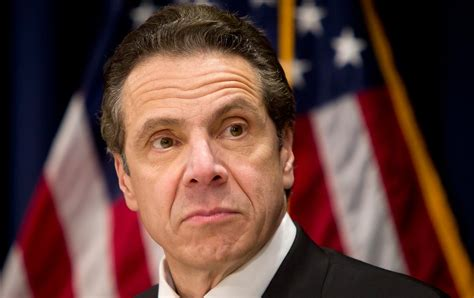 his daughter came out as gay, did you guys hear that? and the advertisement said: ""gay for you"". LOL. great way to win re-election!

Isaac said:
Cuomo, Lincoln and Gavin are a good start
Click to expand...

Looks like Cuomo is going to an early finish-line. Shucks, what a terrible shame.
A

conception_native_0123 said:
his daughter came out as gay, did you guys hear that? and the advertisement said: ""gay for you"". LOL. great way to win re-election!
Click to expand...

Not sure I see any connection to the father touching employees

AccessBlaster said:
Not sure I see any connection to the father touching employees
Click to expand...

I was referring to the family as a whole. something is obviously wrong within.

The_Doc_Man said:
Looks like Cuomo is going to an early finish-line. Shucks, what a terrible shame.
Click to expand...

he's not the best person in the world.
You must log in or register to reply here.