I Identify as Black (1 Viewer)

Steve R. said:
Forced equality. Read Harrison Begeron by Kurt Vonnegut, published 1961. This story was way ahead of its time given today's trends. Once again Science Fiction authors perceive the future. Very prescient. It's one of those stories that I read many years ago and had a good snicker at the time. Now it's in your face real. A nightmare.

It's actually a thing, if I want to identify as black I can it's called "Transracial"....


So are there actually any "benefits" (as in government handouts) for black people? I could exploit these handouts in just the same manner as the transgender men becoming women to exploit women's Sport to gain scholarships...

this reminds me of the movie "dodgeball", where the girl who was on steroids cries in a manly voice after her team is ousted from the competition for drug-related violations.

Actually, in horse-racing there is such a thing as adding weight to a saddle as a way to level the field. Add a sand-bag here or there and suddenly you have equality.

Isaac said:
Put another way: If something as scientifically indisputable as true gender--i.e., if you want the most proper and absolute Science on the question, drop your pants and believe your eyes--can be categorized as being totally fluid (and in fact, not only fluid - but you can claim the OPPOSITE of what you actually are, and then go further and claim THAT'S immutable!)........Then I see no reason why we might not start considering the mirror but a potential ally or phobic, and make up our own minds about which race we are.
Click to expand...

@Isaac - I am not picking on you so much as just piggy-backing your post. I have to step in here only because you are using words inappropriately. Take a second to look through this thread on gender (and other) identity issues, focusing on the gender issues:

How many genders are there? How many should there be?

There is ample evidence in medical literature from as far back as the 1990s that the human brain has a "structural gender." Here are a couple of references that might help. You can get a LOT of these references by doing a search of "Homosexual + brain scan" - from many years and with many types of scans. 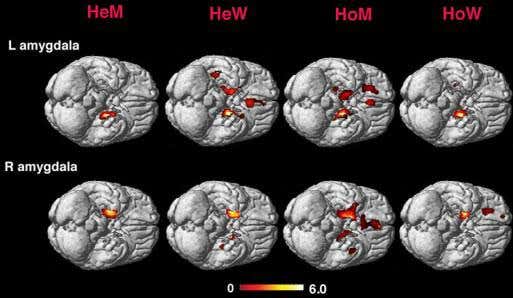 Gay brains structured like those of the opposite sex The neurobiology of sexual preference is often discussed in terms of cerebral sex dimorphism. Yet, our knowledge about possible cerebral differences between homosexual men (HoM), heterosexual men (HeM) and heterosexual women (HeW) are extremely limited. In the present MRI study, we addressed...

Symmetry Of Homosexual Brain Resembles That Of Opposite Sex, Swedish Study Finds

Swedish researchers have found that some physical attributes of the homosexual brain resemble those found in the opposite sex.
www.sciencedaily.com

The neurobiology of sexual preference is often discussed in terms of cerebral sex dimorphism. Yet, our knowledge about possible cerebral differences between homosexual men (HoM), heterosexual men (HeM) and heterosexual women (HeW) are extremely limited. ...

Brain scans show similarities in shape and connections between gay brains and straight ones from the opposite sex.

The transsexuals and homosexuals do not treat gender as FLUID. They don't bounce back and forth between identifications. What usually happens for them is more along the lines of recognition / realization. Every gay person I have ever known has clearly known from puberty that they were attracted to what the world saw as a "wrong" relationship. I personally have doubts about prepubescent kids but once the hormones start kicking in, they know. It is less like a fluid thing and more like "a light comes on" and they realize their personal truth.

The problem is simple: Gender identification at birth is made based on the wrong indicator sometimes. I.e. to whatever extent of the population is gay, that same percentage is very likely to have been misidentified at birth. Looking at genitalia fails twice - once with gays and once with folks who are hermaphroditic or "intersex." (Not claiming that hermaphrodites and intersexes are the same - but they are the other group that gets misidentified by initial exams.)

There is no fluidity as such. To gays, it was never a choice to be gay or be straight. It was always a chance to recognize an inner reality. To them, the goal is to recognized and acknowledge what their brains tell them. The brain is the most powerful sex organ. If it says go, we go. If it says no, we do nothing. Arousal requires cooperation of the brain and therefore, if the brain and body disagree about what to chase, you have gender dysphoria. You have homosexuality.

There are religious repercussions of this situation, because these brain structures are formed in utero, not after-the-fact. Gay people are born that way (with Lady Gaga singing in the background) and if you are religious, you believe that you are born as God made you. Welcome to the world of religious contradictions. Gays were born that way and religious hatred expressed to gays is just another sign of ignorance on the part of the religious hard-liners.
I

The_Doc_Man said:
There is no fluidity as such. To gays, it was never a choice to be gay or be straight. It was always a chance to recognize an inner reality.
Click to expand...

I agree with some of what you have said - maybe quite a good %, even - but what I have quoted is where these arguments start to fail, or at least fail to explain this adequately. For a few decades the gay rights people had most of society fairly well convinced that it was 'from birth'. Miley Cyrus (you can take 'pansexual' to start with) was the single biggest social influencer tearing that down at first, and then it came in droves and floods - because nowadays, we do, in fact, have all sorts of gender fluid, non gender, non binary and terms being bandied about that constitute everything *BUT* a "I've been this way from birth" scenario. Miley's testimony, which clearly demonstrated sexual choices that had nothing to do with original, fixed biology - did more to tear down the "our condition starts at, and is fixed from, birth" claim than just about anything else had before that.

In other words, if the past 5-10 years had never happened, the "I've been this way since birth and cannot nor never had the opportunity to be any different" argument would have been pretty believable, since many people appeared to be living it out right in front of us. Then came the 50 other genders as well as the gender fluid, gender agnostic, gender different on different days and so much additional nonsense I feel it kind of called into question the whole thing.

Having said all that, I do believe and accept that some people are predisposed, probably either from birth or from a fairly young age - for reasons that I don't necessarily believe are always all biological, but also learned - to be homosexual.

So if the main gist of what you're arguing is that homosexuality isn't largely a conscious, adult choice, we could probably find common ground across that statement. But if you won't acknowledge the way that the last decade (or less) of the emergence of 1000 other versions of sexual deviations--many of which don't even CLAIM to be grounded in a "I was born that way" scenario at all, and in fact, do the exact opposite--Present a bit of a contradictory viewpoint--then our viewpoints diverge on that.

Beyond that, I could go into a long bit about what I have learned really happened with psychiatrists circa 1970's and how they were pressured to essentially give society what it wanted, rather than their true opinion about it being a mental disorder, and whether I think there were (magically) fewer gays when it was taboo, and more when it wasn't taboo, and what I think about what that obviously means as to pure biology vs. learned/permitted behavior......... but I don't want to seriously dig into all that since I know we disagree on that probably and don't wish to argue just to argue, although I do enjoy hearing other points of view.
Last edited: May 19, 2021
I

The_Doc_Man said:
There is no fluidity as such
Click to expand...

On a positive note, I do respect you for sticking to your guns on this issue.

You've essentially chosen to defend the concept of biological homosexuality, and you seem to have enough common sense to realize it comes at the expense of having to completely deny the plethora of new sexual conditions we have now been told must be respected and acknowledged and encouraged just over the last 5-10 years, because all of it can't be true at the same time..

That tells me that at least you understand the obvious contradiction of it all, have chosen one over the other, and are sticking to it, due to actual homework and research you've done - and I respect that.

My bigger problem is with people who pretend not to even notice the ridiculous contradiction present in the totality of the picture. 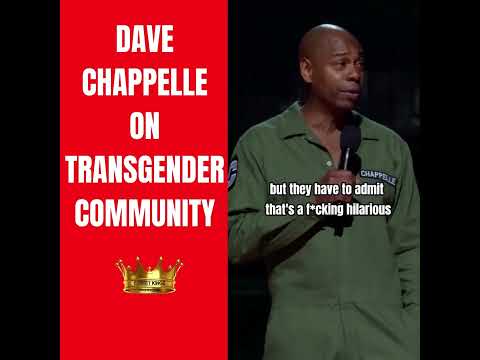 I identify as Her Majesty. All you peasants, get down on your knees!
You must log in or register to reply here.

Black Man & White Man Walk in to a Shop!