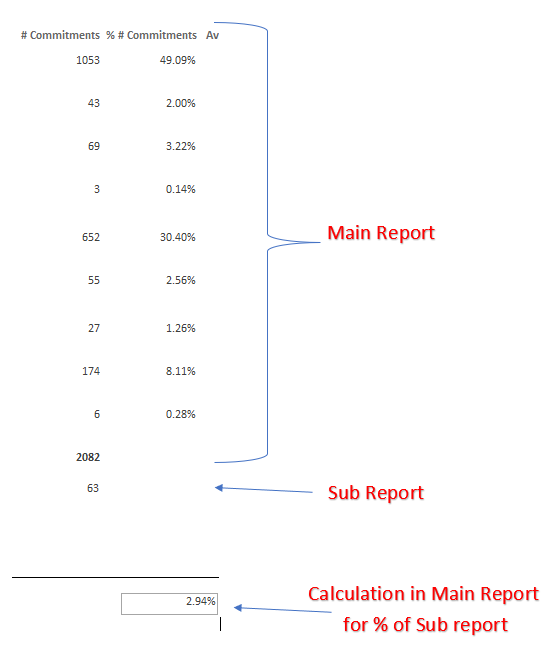 My question is - How can I add the sub report's calculation to it's row?

As another reference, here is design view. I am needing it within the sub report. 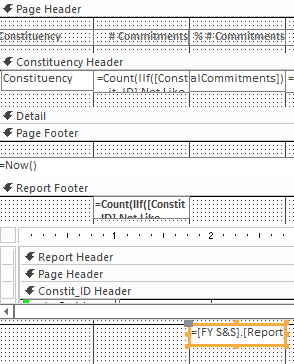 I don't understand exactly what you need in the subreport. Maybe markup an image to show.

Advise not to use punctuation/special characters in naming convention.

There is nothing wrong with the idea of having a separate query for the sub-report that contains computations, even if based on something in the parent report. However, such queries cannot be used separately to update the child table on which it is based, because an external reference to a form or report is not updateable.

ABSOLUTELY concur with June7 that you should avoid special characters in field names. The ONLY special characters that work in field names are the underscore and dollar sign, and the dollar sign is a special case for some usages so should be avoided in general. Using only alphanumerics (and NO spaces), it is possible to avoid the requirement for square bracketing around everything.
You must log in or register to reply here.