Isaac said:
Yeah ... that's interesting. A good read as far as the quotes they took from her resignation letter, I'll have to read the whole thing tonight.
Like I've said before, this new raging mob culture has several more months to make complete jerks of themselves before the upcoming election. So far they are doing an excellent job of it with little help, left solely to their own devices. Allowing the street protestors to coin "Defund the Police" (even acknowledged by most democrats to be the dumbest self inflicted PR slogan they've ever seen), was a great start.
I've already started to see a noticeable countering to it, and sickening of it. Was at Safeway last night, tried to Buy Goya, but couldn't find any of their items there ... Must have been in the wrong store or aisle.
Click to expand...

I can't remember which one of this gang said "We had to use violence and destruction to make them notice. He or she evidently didn't understand they were promoting "He with the biggest stick wins".

Viola Davis says ‘The Help' was created in ‘cesspool of systemic racism’: ‘I betrayed myself and my people’

The actress portrayed a maid in the 2011 drama
Click to expand...

The article doesn't say if Viola Davis will forfeit her Academy Award she earned for her performance. Not to mention the millions earned as a result of being in this movie.

Thanks to the left, calling people Hitler has no meaning. Full story 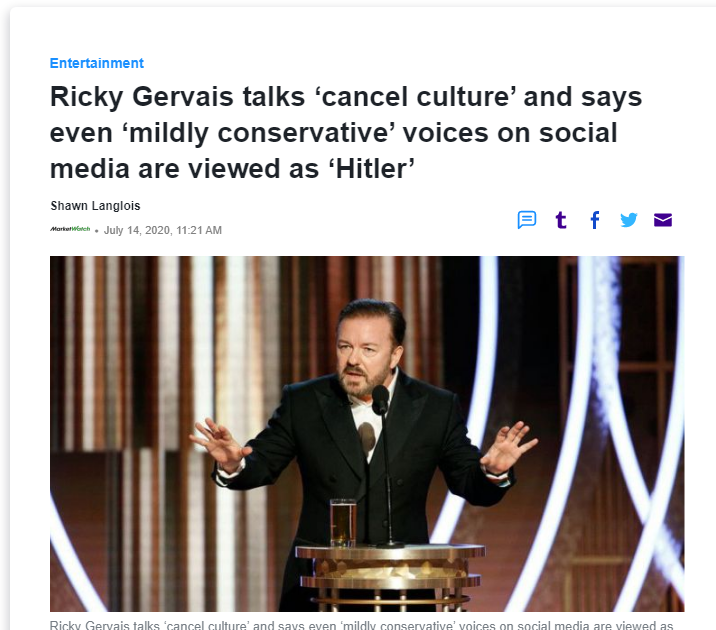 California is experiencing a shortage of coins and lottery scratchers. Seems related.

My wife found a box where she had put some old coins. We will turn them in for a few dollars, but the truth is we don't usually keep coins around. We use credit cards and never have to track loose change.

I mostly use bank card, but in those [rear] (put intended) times when I have to use script I put the change in my ash tray of my car and my grand daughter cleans my ash trays for me. One time before one of my trips I went to the bank and got $40.00 worth of coins. When she got to the car she said Oh! Mom bringthe big bag.

The_Doc_Man said:
We use credit cards and never have to track loose change.
Click to expand...

So why is there a national coin shortage?

We almost always use a credit card. If we actually pay cash for anything, the pennies go into the nearest donation can.

There is no actual shortage of coins. We have whatever we had. They weren't tossed into a smelter or down into the bottom of a wishing well. It is just that, due to the corona virus, they have "pooled" because the economy has stagnated.

Businesses are going bankrupt because they have no cash flow because people aren't out spending. People aren't out putting money in vending machines. Not enough little kids are putting coins in the candy machines at malls. So coins aren't moving.

The problem with money is that it is like air or oceanic currents. The best results come about when things circulate, not when they stand still. The shortage is not that we don't have enough coins. It is that they are all in inconvenient places. 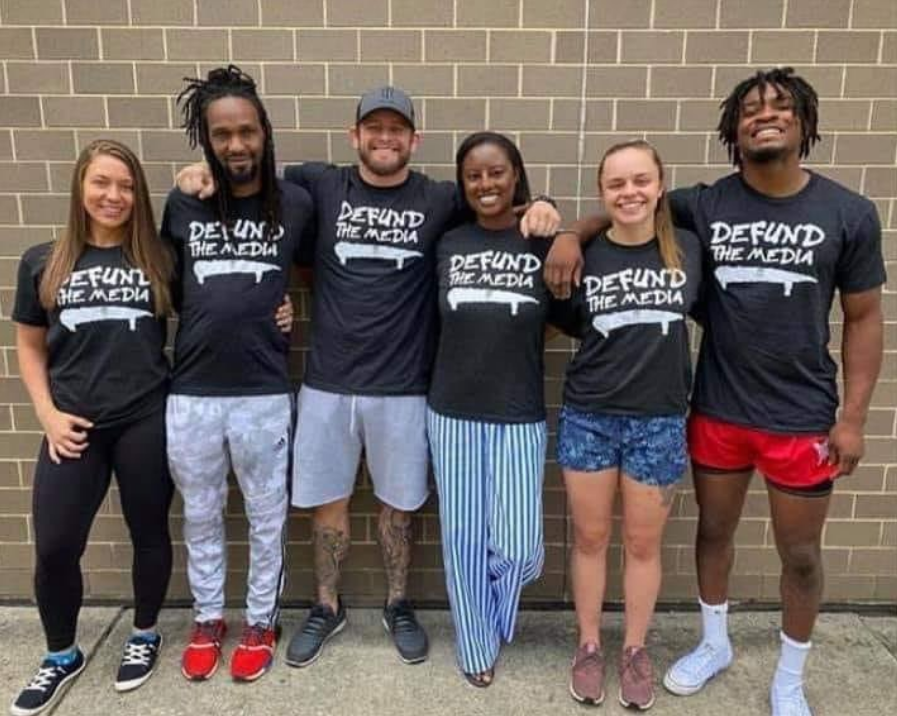 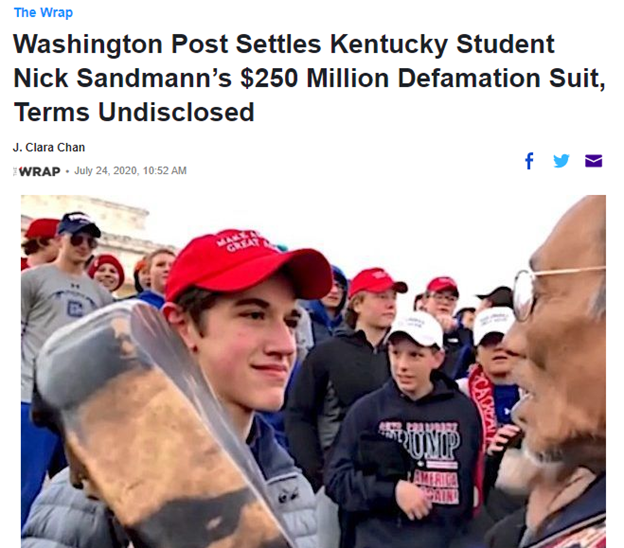 Why are the terms always undisclosed Could it be that the richest man on the planet targeted a teen for wearing a maga hat?
Makes me wonder who is really interfering with our elections. Oh yeah I remember it's Vladimir Putin and never Xi Jinping or Jeff Bezos.

Yahoo comments and CNN do not want to hear from you.

Yahoo was having issues with people getting quite vicious with their comments. Probably an offshoot of the divisive nature of politics right now. A lot of folks in the Y!A community were complaining and making suggestions. I think things got out of hand. Which is exactly what happens when you allow political free-for-alls to occur.

Is this off or on topic?
Here's how much you can rely on hotels to do the right thing - especially during these covid times when this experiment was apparently conducted. 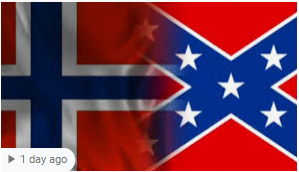 The idiot left has to be told what to think, and what to cancel. Bring back history classes, our young people deserve better!
Reading writing and arithmetic, and history. Sans politics!

AB couldn't agree more. I had seen that story too.
It's like monuments..of people who weren't perfect..Ok, so go ahead and attach a plaque that details every aspect of their life, if desired. Add as much detail as you like - but fairly cover all aspects of their life. The bad AND the good (the good reasons why they achieved great things). Throw in a bit detailing what they thought about slavery and race if you want. Don't overemphasize any one aspect. The problem is nobody agrees on how to proportionately cover aspects of people's lives in history books. Take Jefferson. Some people just see nothing more than the fact that he had slaves. Other people are on the other extreme - So he had slaves, most people did, they focus on the great things he achieved and the simple fact he helped found the USA is a pretty darn good start. Other people are somewhere in between.

One thing is sure. Even with the proliferation of Confederate flags throughout our country, it's interesting that so many people still had no idea what it actually looked like.

I'm not personally from the South, but I can understand if people from the South view it as ridiculous to just discount anything and everything a Southerner achieved in life simply because he lived during a time when everyone had slaves.

That would be like taking an accomplished person from the Roman period and saying they were nothing and nobody for the books because Romans crucified people they didn't like. Or that a relatively 'good' king from the middle ages was nothing for the books simply because serfdom (a slavery of whites, by whites, by the way) existed at the same time.

Politics is like a pendelum. It swings too far one way, so then it swings too far another way, and a knee jerk reactionary populace keeps driving it. So we all keep bouncing along...

Singing to the choir here. So it is OK and acceptable to paint Black Lives Matter graffiti all over the place, it is OK to openly display disrespect to the National Anthem. BUT, wave the Confederate flag and the cancel culture rises-up in outrage to declare you a racist, plus other expletives. The cancel culture does not get to define what is "right' or "wrong". If we are supposed to be tolerant of Black Lives Matter, the cancel culture must be equally tolerant of the Confederate flag, plus other conservative viewpoints.
You must log in or register to reply here.
Share:
Facebook Twitter Reddit Pinterest Tumblr WhatsApp Email Link