For the convenience of forum members, I have added a Copy to Clipboard button at the top right of each code block. No more needed to highlight all the code. 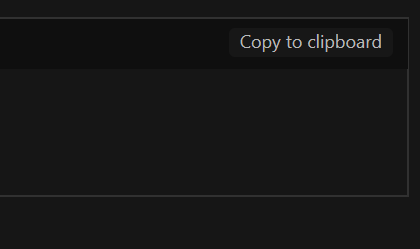 Now THAT will come in handy!

Brilliant. Thank you so much. I've been meaning to ask for that for ages but kept forgetting.

For info, the screenshot in post #1 is just a black rectangle....at least it is on my tablet
Z

Nice will come in handy

isladogs said:
Brilliant. Thank you so much. I've been meaning to ask for that for ages but kept forgetting.

For info, the screenshot in post #1 is just a black rectangle....at least it is on my tablet
Click to expand...

I have text top right on my tablet

thanks, Jon. This a great forum. I've only been here a day, and I like it a lot! Any chance to get inline code on the toolbar with just 1 click? instead of dropping choices for ... to find it?

I've just realized that this new feature only applies to the code that uses CODE tags (not inline) -- it would be nice for that to be on the toolbar without another click too. If space is tight, maybe move Insert Table to the dots? It seems that would be used less.

the inline code is nice! I realize I've been using it more because I like it putting the placeholders in my message better than popping another window. But now I see that I should probably be using the regular CODE tags unless what I want should really go inline with the text (instead of its own line , which is what I've been doing anyway)

Never-the-less, what you're doing is great! thank you

now that I've been on the forum a little longer, how about this for the CODE button:
thank you!

This is a little used Win 10 clipboard tip. You can store lots of clips for future use from your history. 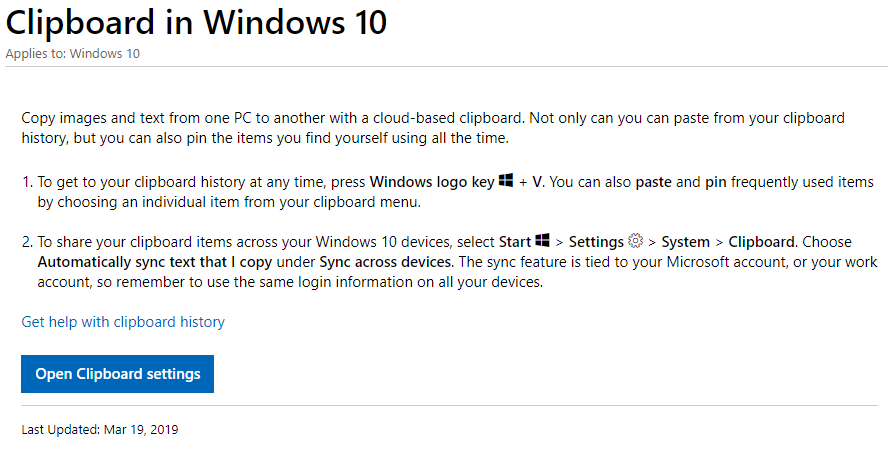