I created this little function to generate random hex colors:

I believe you would need a seed value.
https://www.techonthenet.com/access/functions/numeric/randomize.php

Tell us about your query.

This will get random color values

1. You only need RANDOMIZE once per session, perhaps not even in that routine. Like, maybe if you had an Opening Form and that form had a Form_Open routine, you could put RANDOMIZE there and be done with it until that session exits Access.
2. Your formula should drop the "+1" because colors start at 0, not 1.
3. If you are in datasheet view, I'm not sure you can do fully randomized colors. You can make a list of rules and colors, but I don't know that you can easily set up each individual row with an explicit color. If this is NOT datasheet view, there might be a chance, but then scrolling would become a real beast.
4. Some of the possible colors will not be clearly visible depending on your background color. Some of the colors will be indistinguishable from one another at the high or low end of the scale.
5

Thank you all.
Gasman: I'm generating a random value for each basic color, for instance, this is the value I'm generating right now: #766129.
jdraw: This is the SQL statement generated automatically by the query builder:

SQL:
The_Doc_Man: I removed the extra randomize and the +1. Still generates only one random color for each record. As for the other points:

This is the big picture there's a charting solution for access on devhunt (can't post links), it's based on a webcontrol and javascript. I was briefly testing it and it's pretty complex for me, but I made it work using my data. Right now, it generates one color for everything, but if I make that query generate one different color for every record, then it'll look better. So I don't really care about contrast against backgrounds or text, I just need a different color. I had success with workarounds that involve the use of each record's name length or amount, but it's pretty dirty. I supposed there would be a better way.
C

Suspect sql is effectively only running your function once as it sees it as a constant. Have seen this when using a function to generate row numbers

Try including a long parameter and passing the pk when you call it.


Code:
and the function

edit: because P is a variant you can pass any unique value from your row - could be a date, a customer or product name for example - so long as it is not -1
Last edited: Jun 6, 2021

I have written about this many times. The solution is not applying a seed or randomizing

1. As @CJ_London said the function is only running once because there is no parameter to make it change for each record. This is the same if you put Now() in a query and it took a long time. Each record would get the same value
You need not ANY seed but a Unique seed per record.
normally you pass in the Primary key if it is a number

2. Randomize is only needed if every time you open the DB you do not want to get the same sequence. The numbers are in a long random sequence for each side, but the sequence will start again on a new opening of the database if the seeds stay constant.

I discuss this in detail here. For some reason I always get an argument on this topic, and I am always correct.

Good evening, I am creating a form with the ability to display a random sample sized based on the user input in a textfield. Eg. User specifies they want 3 samples from a customers table; a random sample of 3 are shown as a query result. I am having difficulty determining exactly why my code...
www.access-programmers.co.uk

FYI,
If you are wrapping your random function inside another function then you actually do not need a unique seed as long as you pass in a unique parameter causing the function to fire on each record.
Last edited: Jun 6, 2021

Here is a demo that may help explain.

Code:
I do not know how access figures this out, but if a function only needs to get called once it only calls it once.
Query2 Query2

RandSort1 uses Rnd() with no argument and only calls it once
RandSort2 uses a unique value so rnd is called each time
TS use Now and shows this is not unique to rnd. In fact any function will behave this way.
RandSort3 uses a UDF

So bottom line none of this really has anything to do with the seed or randomize. The trick is to force your function to calculate on each record. This is done by passing a unique (at least changing) argument. As shown you do not have to do anything with that argument.

Here is an example of what happens if you do not randomize. Rnd give you a random number but that random number is in a sequence. If you want to start in a different place in the sequence you need to randomize. This only has to happen once when you open the database such as in aan autoexec. People will put it in a function which is overkill but still works. 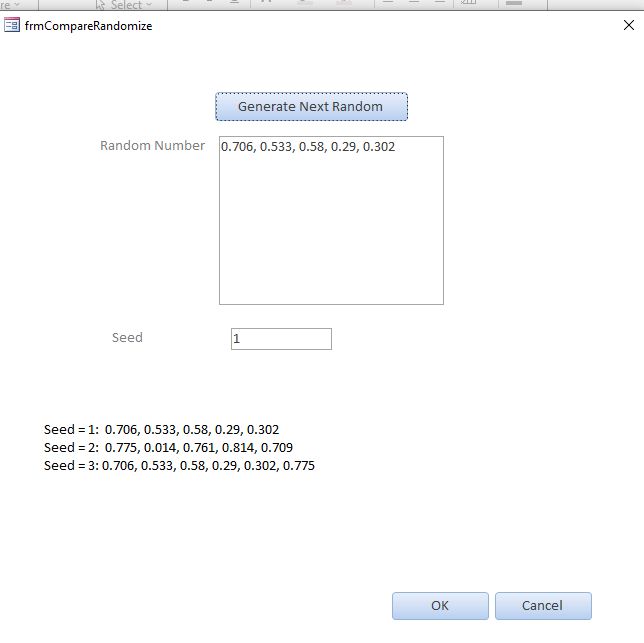 Open the database and pick a seed (1,2,3). Start generating the random numbers and they will come out in the sequences as shown as long as you do not randomize. You need to close the database and reopen for each seed. This is not a bug, but a purposeful design. For many types of experiments you want random draws, but want the ability to repeat the experiment if necessary.

Cool. Now I know why Gasman said I needed to specify the seed. I'm using the code that CJ_London modified and it's returning different colors now. They're very similar though, it always returns a predominant color. In this case, it was green, I think. 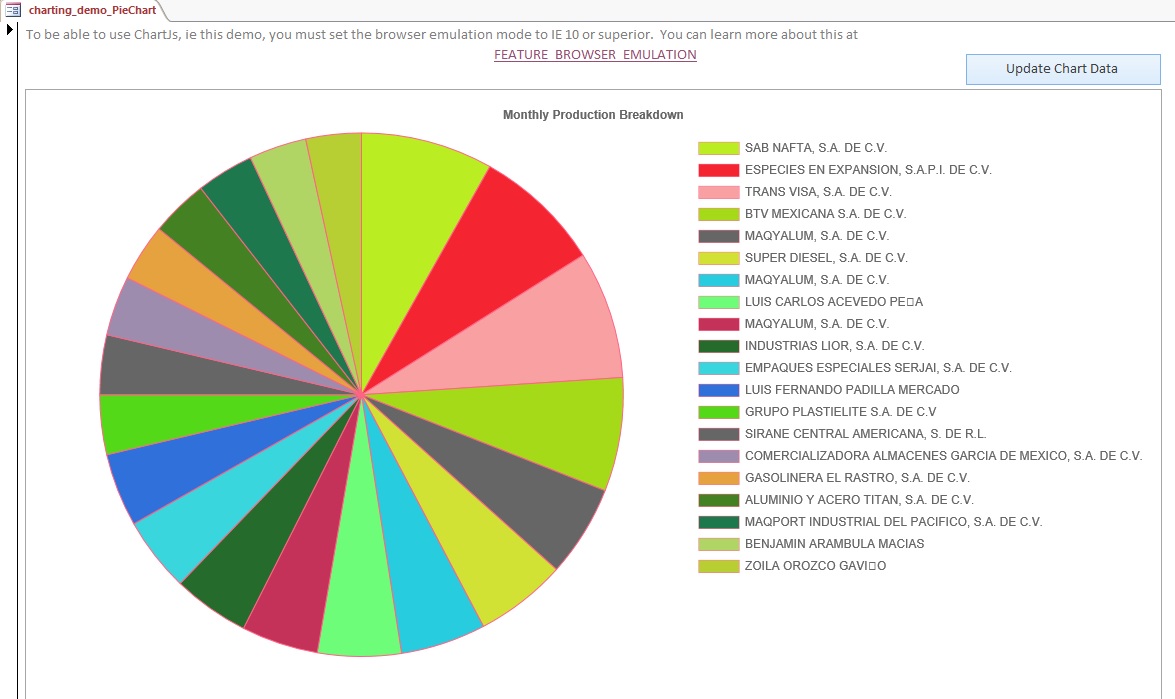 And in this case, there were many grays and looks purple-ish. 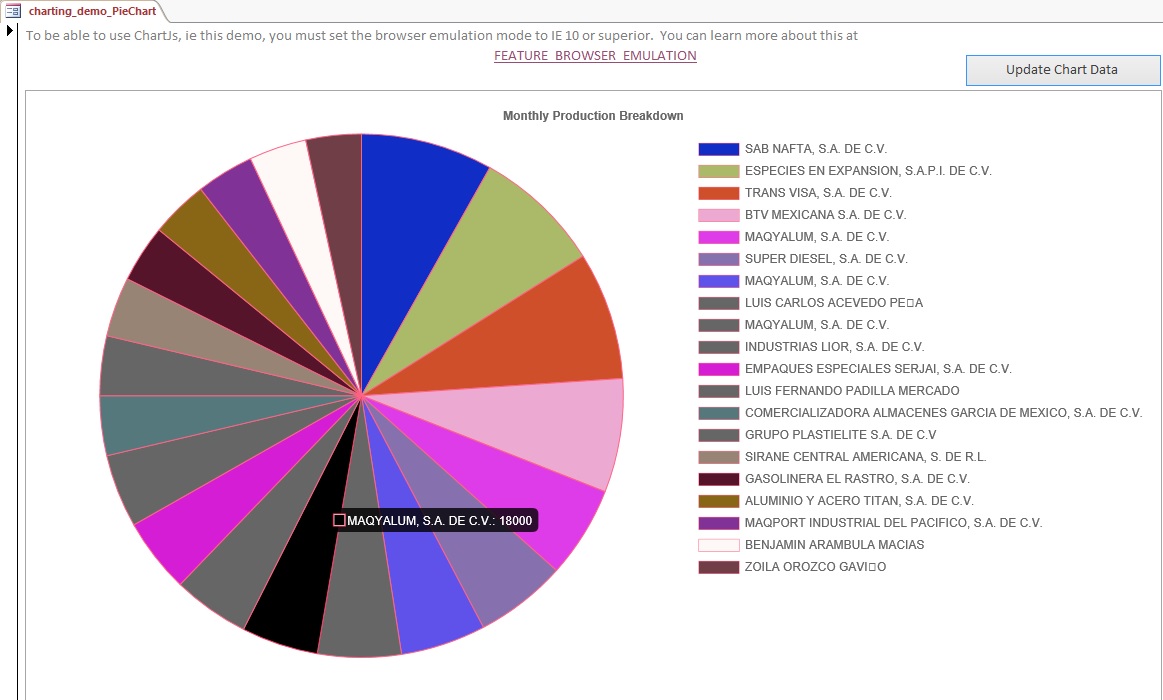 So I modified the code to look like this, taking into consideration the necessity of a unique parameter:

Code:
Then I used it in my query like this:

SQL:
Now I think I see more variation in the colors now. I also modified it to return RGBA instead of Hexadecimals. Here's the result: 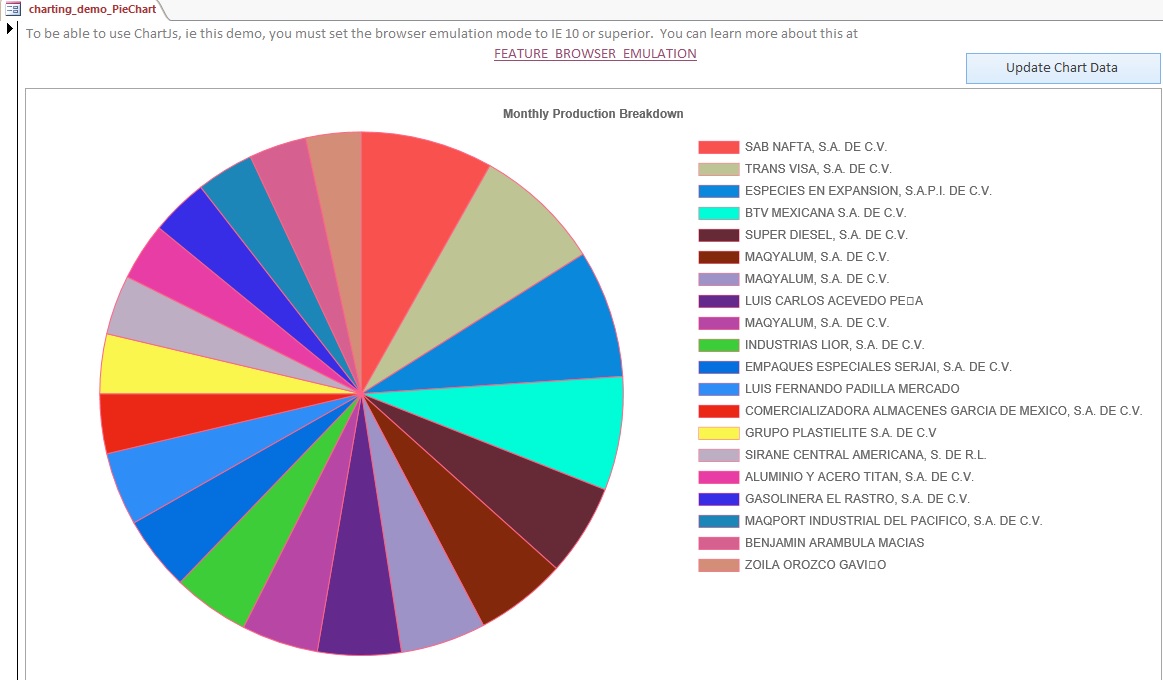 So it's been very educational today, guys. Thank you all very much. MajP, all your replies had great amounts of knowledge that I take with me. That database you posted also helped me fix a few codes of other projects that I've done.

Thank you so much, guys.

Cool. Now I know why Gasman said I needed to specify the seed.
Click to expand...

To be exact you did not need to specify the seed, you need to pass a changing argument to the rnd function for each record. I know this is confusing and a fine point and beating a dead horse. But it is not really the act of seeding that is the issue in a query. In truth that is just a means to an ends. It is the act of providing a changing argument in a query forcing it to calculate on each record. This is not a rnd function issue at all but a query issue. Only reason I reiterate this is because so many people get this wrong and provide bad answers on the topic. Randomizing has even less to do with it. So if you understand this you will be ahead of the game.

So the below works fine giving changing values in each row without any change in seed and not even using the argument in the code. just forcing a recalculation.


Code:
And this can be shown with other functions like Now().

One final example if you use @jdraw function in a query as written it will return the same value in each record. But if you do it in code as demonstrated no problem,
If however you modify it and have an argument it will depend on what you pass in.

if you pass in a changing value
rndColorHex([ID])
will give you a different color for each row in the query since the function recalculates.

If you were to have a table of colour codes to specify the range of colours you actually want, you could modify your function to randomise the required id - just make sure the function can’t generate an id that doesn’t exist
5

That's a great idea, CJ_London, random items from a list of pre-defined colors could be much better. Thank you.
C

If you go this route, rather than using code to fetch the colour based on the random Id, return the random Id. Then add your colour table to your query, no join (so a cartesian query) and use your function as a criteria for which record to return.

also take heed of majp re randomise. Not tested but it should be possible to generate the same random values in the same order. If so by setting your id’s in the right order and ordering your query you can assign say green to the largest value, blue to the next largest etc - that is one if the things I do using a row number function so perhaps that would be an easier way to go
Last edited: Jun 7, 2021
You must log in or register to reply here.

L
Excel Module to be Run in Access. Module is converts Number to Hindi Words with Help sheet