The Saga Continues, Those Who Demand That Women Who Have Been Sexually Assaulted Should be Heard are Amazingly Silent (1 Viewer)

pisorsisaac@gmail.co said:
Alyssa Milano said it the best way just , I think, yesterday/today(?): something along the lines of: the point of the metoo movement was never that all women should just be believed in everything they say, but rather, the default of never believing the woman should be changed.

Ok, now that's something I think most people can get on board with.
Click to expand...

Some may say Milano is at best a complete hypocrite on the issue.
A

Jon, I couldn't agree with you more. Very well said.
A

Hopefully the Clinton machine is greased and ready to go!

At least now I see the beginnings of some airing over this allegation on the mainstream news agencies. 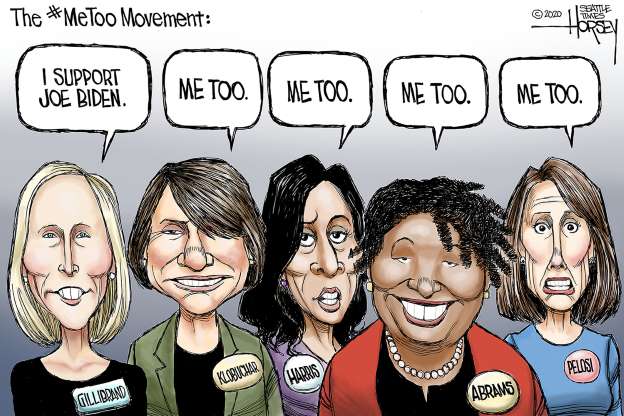 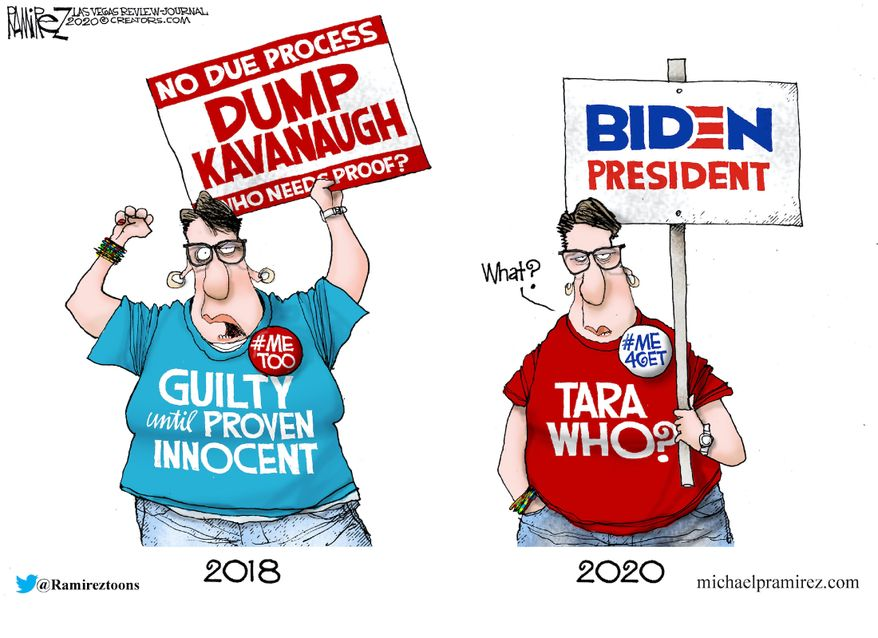 Just heard this on Fox news: Biden Vows To Destroy Campus Due Process Again If Elected

Alas, Democratic directives on how to treat people bringing sexual assault allegations is getting a tad confusing lately. A recent sexual assault allegation against Biden from former staff assistant Tara Reade has been ignored, downplayed, or torn apart by his supporters and by prominent liberal feminists. It seems student victims are to be believed to such an extent that protections for the accused aren't even necessary (a standard that also applies to folks bringing claims against non-favored politicians). But the narrative inconsistencies and unverifiable (or unbelievable) claims that Democrats say impartial mediators should never, ever scrutinize in campus assault cases are all apparently fair game when coming from a woman alleging that the Democratic presidential nominee assaulted her.

​
Inconveniently, Biden himself spent much of his term as vice president championing ideas about sexual assault that make Reade's claims against him actionable (even without additional evidence) and render moot any testimony Biden might offer in his own defense. (Read more on Biden and Title IX from Emily Yoffe.)

Under the Obama administration, Title IX was mutated to give bureaucrats control over a wide range of campus conduct, speech, lesson plans, and interpersonal interactions, while simultaneously hacking away due process protections for students and staff accused of misconduct.
Click to expand...