And he's an f-in criminal! 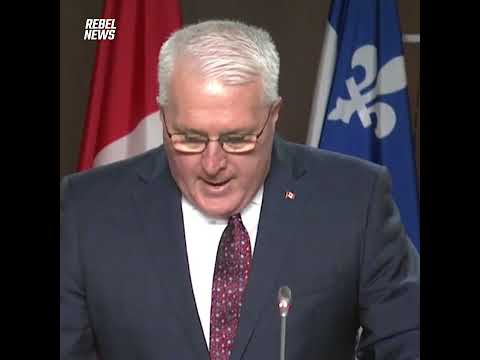 87% of Canadians had their cellphone location data secretly accessed by Public Health Canada to monitor their movement during the pandemic.FULL REPORT: https... 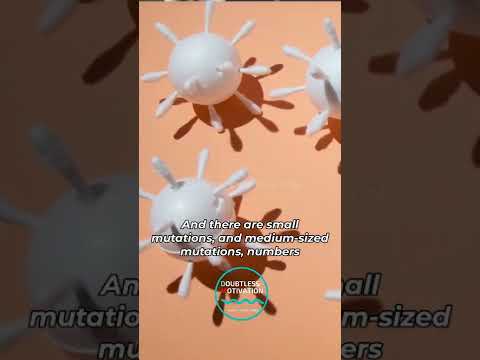 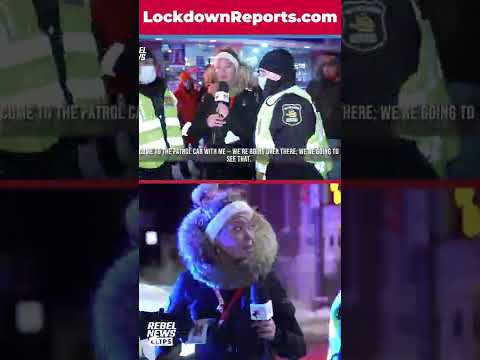 https://LockdownReports.com | See all of our lockdown and curfew coverageQuebec police intercepted Alexa Lavoie while she was reporting on a curfew protest t...

The locals are fighting the authorities! 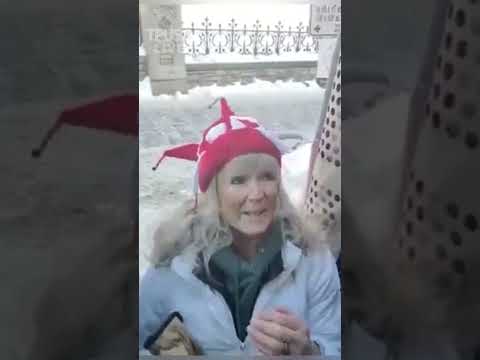 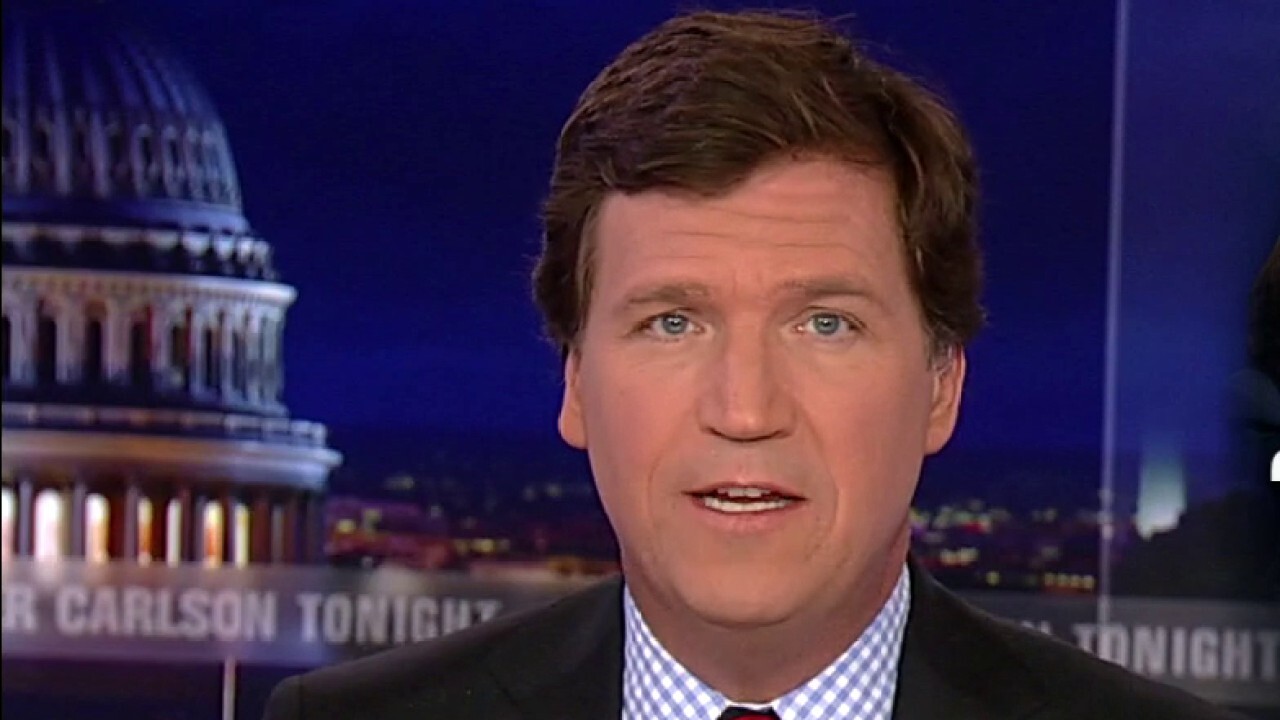 Tucker: This is 'the single most successful human rights protest in a generation'

Recall the rallying cry of Karl Marx: "Workers of the World, Unite!". The workers (truckers) have united!!! Tucker, in his monologue is highlighting that the liberal establishment, that has for years proclaimed the nobility of organized labor is now taking the side of management to crush the workers they disingenuously claim to support.

This disdain, by the political leaders, for the workers was recently expressed by Trudeau since he is apparently refusing to meet with the truckers asserting that they have "no legitimate complaints". An extremely arrogant remark and dismissive attitude by the leader of a country. So asking that mask mandates be rescinded, in the face of other countries and other municipalities, rescinding mask mandates (based on science) is somehow not a legitimate complaint?

According to reporting by the Associated Press, Tucker states that the Biden administration is urging the Trudeau administration to use its federal police powers to crush the demonstrations by force. This is an incredulous position, as the Biden administration supports the protests of left wing organizations such as BLM. So both Biden and Trudeau support the demonstrations by those on the left, but then turn-around and say that others have no right to protest. Furthermore, that they can be arrested and put in prison.

This leads to Trudeau using Canadian police to harass the participants in the truckers demonstration. Trudeau is using the Canadian police as a "personal" enforcement squad to suppress people who Trudeau does not agree with. Demonstrations, to speak-up against governmental abuses is a cornerstone of democracy. Yet liberal leaders, such as Trudeau and Biden, who proclaim profusely with great sanctimony how they stand-up for democracy and the working man, are suppressing democracy. Liberals are the threat to democracy.

A special article for @Uncle Gizmo: 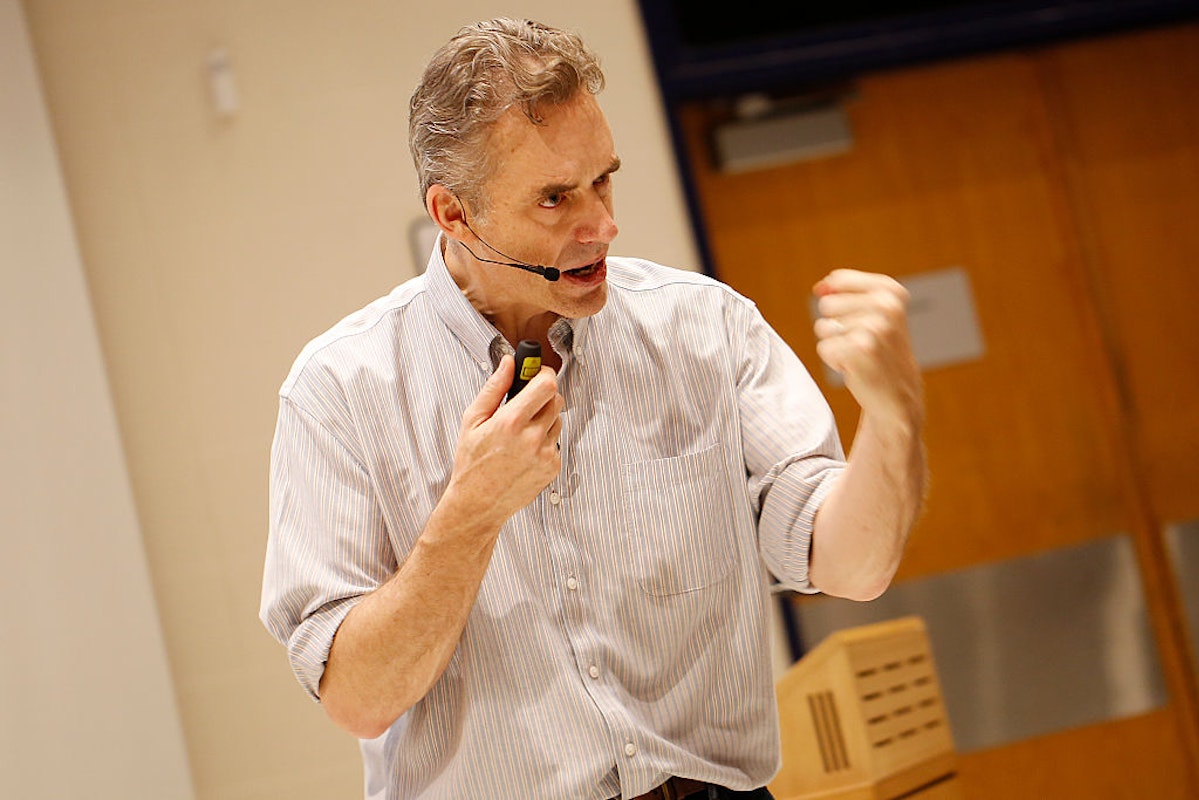 When I read 1984 in high school in the 60's, I never believed that I would actually see it manifested in my lifetime. Big Brother is watching you and the Ministry of Truth (google, fb, twitter) control everything that is presented to you as news. They are like the protagonist, working diligently to change history so it doesn't conflict with "news" today. 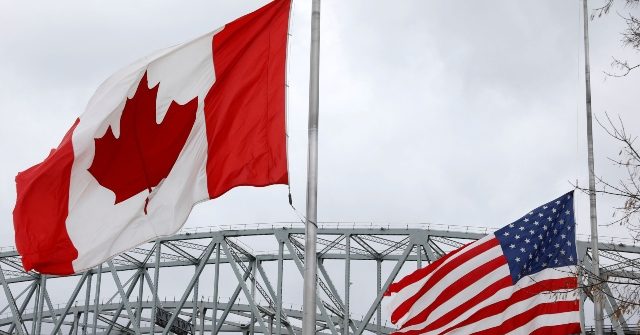 Report: Biden Urges Trudeau to Use Federal Powers Against Truckers

Trudeau has remained firm in his commitment to continuing the vaccine mandates and coronavirus protocols as several provincial premiers have decided to scale back restrictions.
Click to expand...

The Covid hysteria is abating. The "science" behind the Democrat's false narrative has evaporated. Onerous mask mandates are being repealed. To end the truckers demonstration, all Trudeau has to do is end the Covid restrictions like everyone else. Seems that Trudeau is incapable of responding to reason.

Biden is advocating that Trudeau use "force" to act on the Truckers. Yet when it has come to left wing protests and protecting the southern border of the US, Biden has not used federal police powers. A clear demonstration that Biden is using police powers to suppress conservatives in their expression of free speech. Both Biden and Trudeau are a threat to democracy.

More evidence of the locals helping the truckers:-

PATRIOT TRUCKERS FACING OFF AGAINST THE GLOBAL ELITE​

Canadians are winning | Chores and Chat​

Jordan Petersons Message to the Truckers​

The "Deep State" has acted!!! Covid mandates are being rescinded. However; Trudeau, instead of rationally accepting that reality, reacts by acting even more dictatorial. Trudeau has apparently refused to consider the truckers point-of-view. Yet when it came to BLM protests, Trudeau endorsed their point-of-view. This is a repulsive rejection, by Trudeau, of how democracy is supposed to work. Not only that, but Trudeau has rejected the evolving science. Demonstrates that those on the "left" are not willing to listen to reason and are therefore a threat to democracy 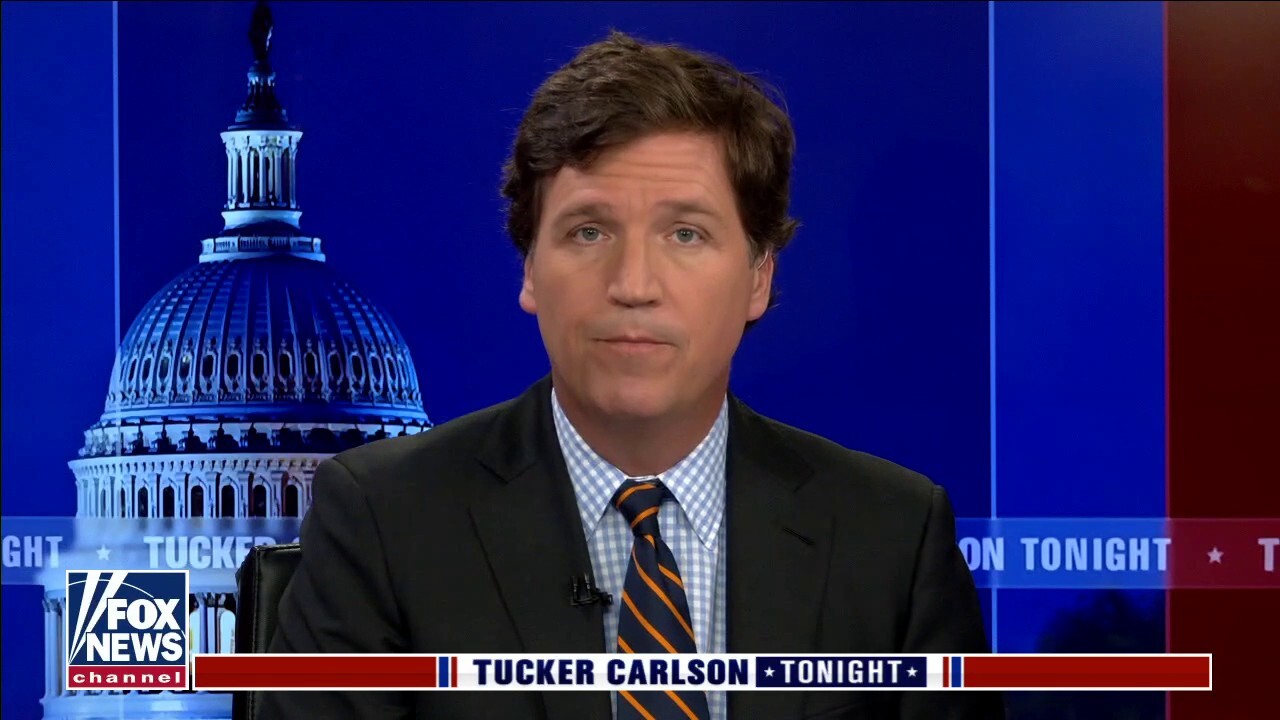 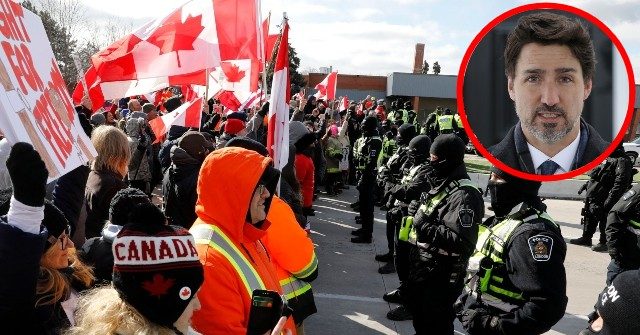 Canadian Prime Minister Justin Trudeau has invoked the Emergencies Act for the first time to end the Freedom Convoy protests against coronavirus restrictions. 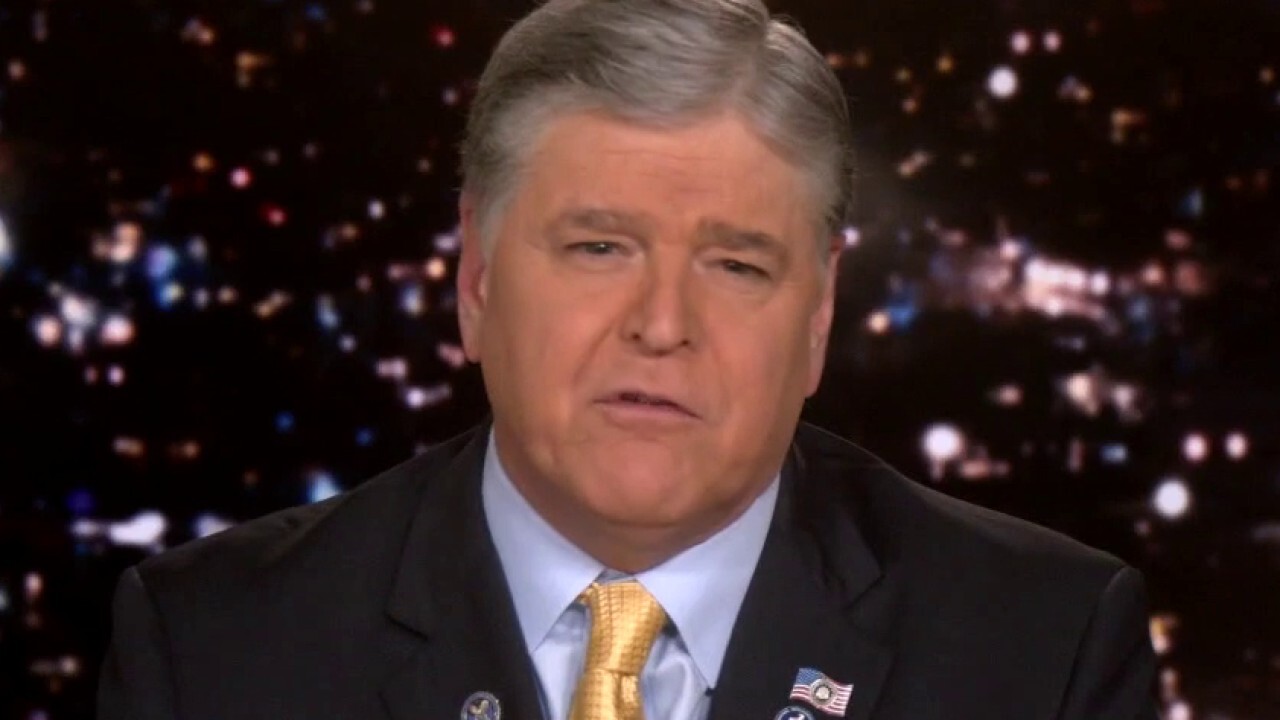 Sean Hannity describes the protests as 'peaceful Canadians' who just want life to 'return to normal.' 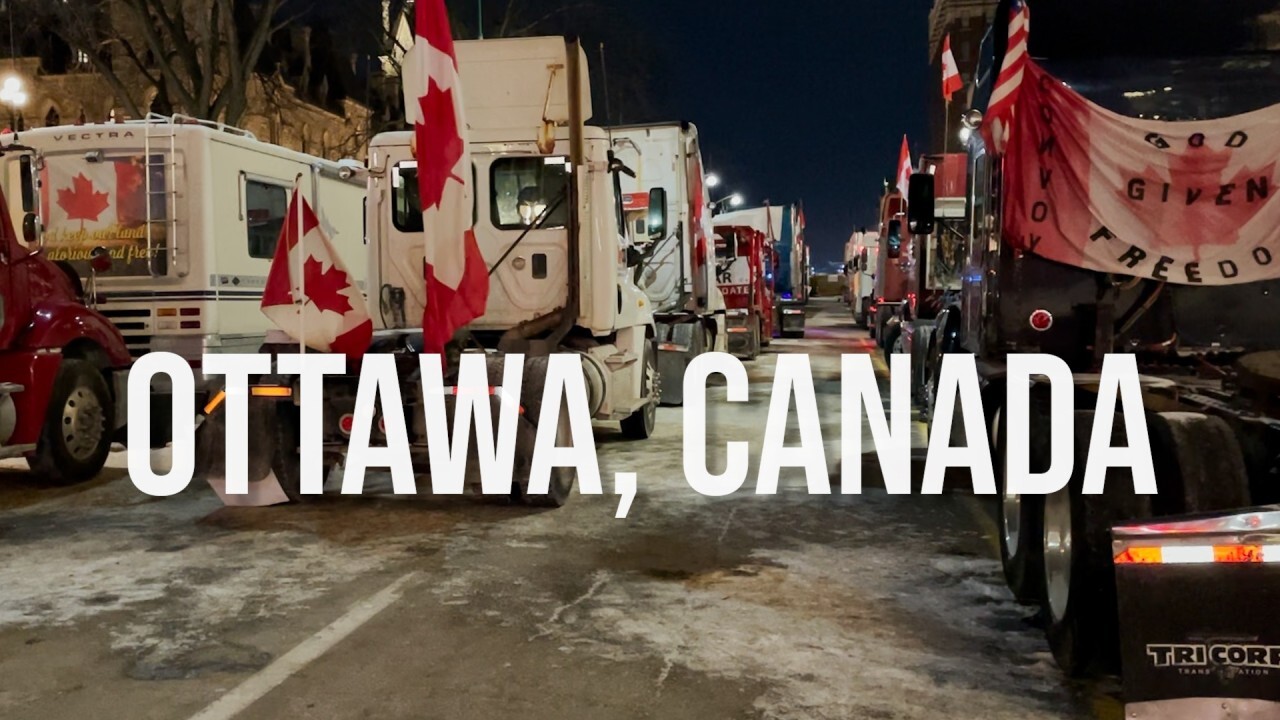 Well, just to add some humor to this deplorable situation. Maybe Trudeau in a fit of sanity will relent.
Convoy 1978 Rubber Duck. The search turned up a lot of "hits' on this.

The following YouTube video was created by Dr Jordan Peterson. The reason Dr Peterson has created this video is to give a voice to the Canadian truckers. The Legacy media system has been corrupted by politicians, hence the only way for the Canadian truckers to get their message out is through YouTube channels hosted by honest and genuine persons like Jordan...

What the Truckers Do and Do Not Want​

I just thought I'd mention, because I know! The rubber duck referred to is actually an Ariel! I had a "CB Radio", (citizen band radio). You could get a short rubber aerial, which contained the aerial part, moulded in the rubber, like a coiled spring. They were very robust and good for lorries (Trucks USA) and things where the aerial might get hit by tree branches. 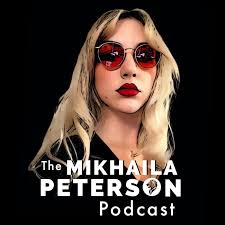 In this episode, Mikhaila hosts B.J. Dichter who is a trucker, spokesperson, and organizer of the freedom convoy protest that has been moving around different Canadian cities in the last few months in response to mandates on truckers imposed through the COVID-19 pandemic lockdown regulations and...

Evidently, the Canadian truckers have immensely inflamed the "Deep State". It seems, based on increasing observations by pundits supporting the trucker, that the "Deep State" is making a concerted draconian effort to suppress those challenging it. Both in the US and Canada.

Recall that Biden in his inaugural speech declared "war" on (phantom) White supremacy. In attacking the truckers, Trudeau has essentially repeated Biden's (false) mantra. Trudeau has refused to meet with the truckers and has condemned the truckers as a racist fringe group. Evidently, the US Department of Homeland Security is tracking the possibility of US based truckers convoy. This might be a precursor to declaring any such convoy as "domestic terrorists". This was approach was used by US Attorney General Garland when he branded parents speaking before a school board in Virginia as "domestic terrorists". The truckers demonstration has evolved into an international quest by the public to save freedom.

The Canadian House of Commons erupted in shouts of condemnation after PM Justin Trudeau replied to Melissa Lantsman, a Jewish member of Parliament, by accusing members of the opposing Conservative Party of "standing with people who wave swastikas."

www.foxnews.com
So anyone who does not personally agree with Trudeau can be labeled a racist White supremacist by Trudeau. Furthermore, Trudeau uses highly inflammatory language to incite divisive hatred. This is another repugnant example of those who claim to be on the side of calm rationale discussion compared to alleged conservative "hate speech", being the ones actually spewing the hate speech.

This incident requires reiterating that Trudeau evidently continues to refuse, in a fit of arrogance, to meet with the Canadian truckers. As the Prime Minster of Canada, Trudeau should meet with people who have concerns and to listen to those concern. Not to simply dismiss those concerns outright with vile accusations. Consider that Trudeau brags that he stands with and supports the demonstrations of Black Lives Matter as a positive example of democracy in action. So why not the truckers, don't have a right to participate in democracy? Seems that those on the left are the actual threat to democracy, 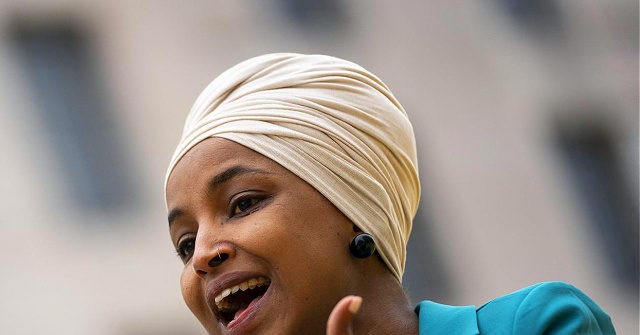 Even Rep. Ilhan Omar (D-MN) has called out a journalist who reported on the doxxed donors who contributed to the Canadian "Freedom Convoy." 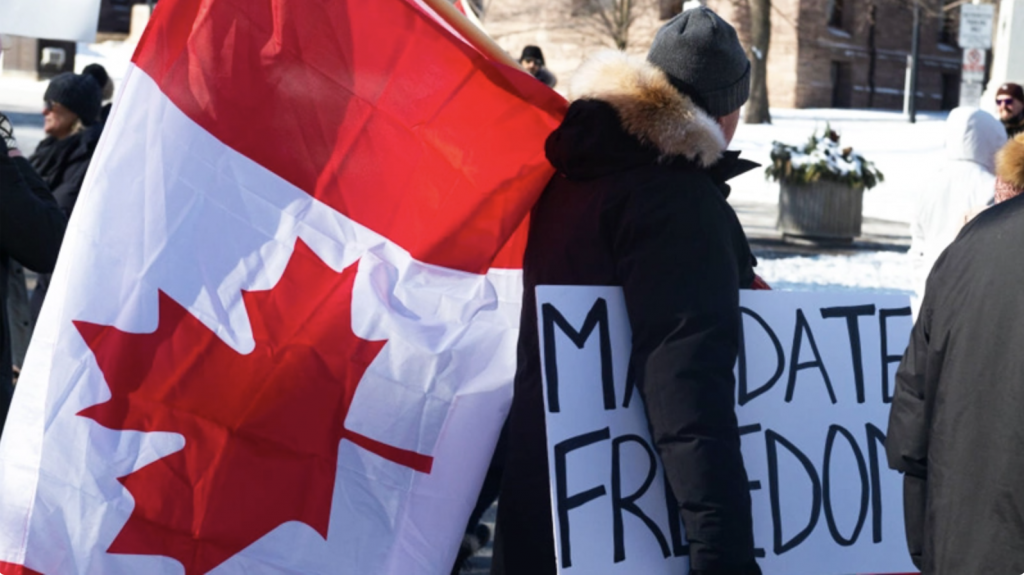 Now this guy is Presidential .. l reckon he should be the USA next President! 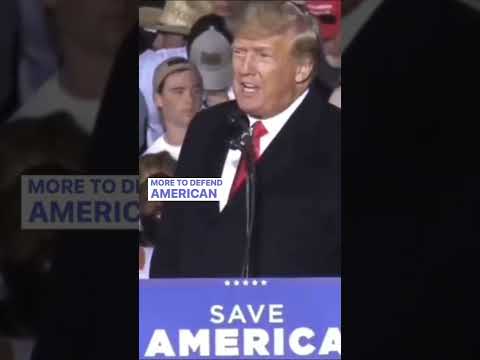 President Donald Trump to the Canadian truckers: "We are with them all the way!"

President Donald Trump to the Canadian truckers: "We are with them all the way!"See all of our coverage at ConvoyReports.com#ovwcs #shorts #cdnpoli #ontario ...

youtube.com
You must log in or register to reply here.