I can confirm that the body needs salt.

When I was in the Merchant Navy, we had no salt tablets in the mess one day and that evening an alternator blew up off the coast of West AFrica. We all turned to.

After an hour or so, despite having a few cokes, I felt a little dizzy.

I managed to get out on deck from the engine room, and sat down, with some help from some other engineers.

By that time, I had lost the use of my arms and legs. The only thing I could move was my head. I looked like a Guy Fawkes dummy.

One of the engineers fed me salt tablets and water and slowly I got the feeling back in my limbs. Not a nice feeling I can tell you.

After that, I always carried a small bottle of salt tablets on my person.

Thanks Paul it's nice to have anecdotal evidence from a trusted source.

My guess is that when you are fasting you are not taking in any salt at all, salt you would normally take in as part of your food. It makes sense that you need to top up this lost salt, particularly in this hot weather when a lot of salt goes out through your sweat.

Yesterday, Sunday 9th, broke fast at 3pm, had the yellow dyed haddock, was on special offer!

I'm planning to eat normally, but my new normal is to eat a lot less than I used to. I am in more control of my urges. I'll fast again 3 days, from Wednesday to Friday.

I can't begin to explain how good my body feels. I'm sleeping better, I have a positive attitude and more energy!

ColinEssex said:
I don't see any need for fasting, or dieting as we call it.
Click to expand...

There is an intermittent fasting thing. You eat 600 calories on a Monday, then eat normally the rest of the week.

Yes I've heard that before, I think it's recommended that you have around 600 calories even if you are fasting. There appears to be some issues if you don't eat anything at all. I have no idea if this 600kcal recommendation is based on fact or an old wives tale, however it does seem somewhat sensible.

The only thing for me is eating something is like the thin end of the wedge, once I start eating it is difficult to stop! Mind you, I do find that I can eat an orange and stop.

In the past, I looked into the studies on fasting and followed the 5:2 diet for a few months. It does help you lose weight because on those fasting days, you are likely to be 1500 calories or more under your typical requirements, if male. That amounts to nearly 1lb weight loss per week.

It is not an old wives tale. By restricting calories, you trigger a certain gene complex that is involved in body repair and anti-aging. I think it is called mTOR. This process of triggering genes is called epigenetics, a fairly new area of study. It means that certain genes can be turned on or off, according to triggers or need. The theory goes that in the past, when food was scarce, it would stimulate a gene complex that would stop growth (cell multiplication), which helps conserve energy from cellular growth activity and instead stimulate repair. Some of the effects are increased energy, since this helps provide extra oomph to go find food.

There is a ton of research into how to stimulate this gene complex via drugs, since in mouse models it helps increase both health span and life span. Resveratrol was one compound they hoped would work, although the effect seems to be milder than they hoped. They are doing experiments on NMN and NAD+, which I believe have positive early signs.

Another name that comes to mind is sirtuins, which are associated with this. A guy called David Sinclair has done a ton of research on this area. The guy is very smart and the video below is a fascinating watch.

Jon said:
David Sinclair has done a ton of research on this area. The guy is very smart and the video below is a fascinating watch.
Click to expand...

That's an excellent video thank you Jon. I've listened to most of it, I've got about half an hour left. I found and listened to the podcast version of it on "Google Podcasts" 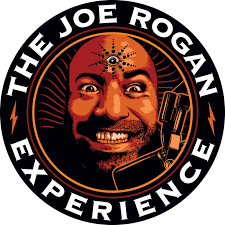 David Sinclair, Ph.D., A.O. is a Professor in the Department of Genetics and co-Director of the Paul F. Glenn Center for the Biology of Aging at Harvard Medical School. His new book "Lifespan: Why We Age And Why We Don't Have To" is now available.

Wish this guy was fasting and not spreading his left overs in my backyard.

@Uncle Gizmo Glad you liked it. The first interview they did was great too. I already have Joe Rogan on my podcast list and I use Google Podcasts too. I listen to stuff in my car and while on walks. Or at the gym back in the days when it was safe to go.

Is there anything of particular interest that David Sinclair talked about that caught your attention?
Last edited: Aug 11, 2020

Jon said:
Is there anything of particular interest that David Sinclair talked about that caught your attention?
Click to expand...

There was a lot they talked about! It's not a podcast for the easily offended for sure! They talked about repairing the eye with like Gene splicing. They insert different genetic material in with a virus. I can't remember what the technique was called (CRISPR) it sounds like it's got potential and safe to explore from the point of view that if you're going to lose your sight and this is a last Resort then it's something that will get tried. They'll learn through this and it will pass through into other areas of medicine.

I was very interested in their views on the anti-ageing drugs that are about, although I'm still not confident in them to the point where I would start taking them! I am interested to find out more.

They talked about how stress is important into the survival of the body, it helps it repair and cope, and I think this is why fasting is a good thing, it puts the body under a certain amount of stress which somehow triggers the healing renewal/process and this might be what's responsible for the 30% lifespan increase seen in rats put on a minimal diet.

I was listening to it whilst I was taking the kitchen ceiling down, I'm going to listen to it again when I'm in a position to make notes!

CRISPR allows you to precisely edit genes. It is a breakthrough technology that will revolutionise medicine, for sure.

I started listening to that video again. I had forgotten a lot of what they talked about, but I've gone over this sort of stuff for years. The future is bright!

George Church is another fascinating guy. He thinks you might be able to reverse aging in 5 years time. I think he has about 100 different studies going at the same time at Harvard.

He has a popular book out called Lifespan. I mean to read it one day.

Buy Lifespan: Why We Age – and Why We Don’t Have To by Sinclair, Dr David A. (ISBN: 9780008353742) from Amazon's Book Store. Everyday low prices and free delivery on eligible orders.
www.amazon.co.uk

I've lost a stone since I started having fasting periods, the fasting encourages you to eat less, well in my case anyway. {[1 Stone = 14LB 7Kg approx...]}

I've have had a bit of a binge this week, there were three 3 Rib eye Stakes on special offer! And yesterday I had McDonald's for lunch with the grandkids, and a takeaway in the evening!

I am recording the fasting periods in a spreadsheet, it's easier than making a big table in the forum software: link here-

Thank you! however it's the 14LB I "PUT ON" during the lock-down, so really I'm only back where I was, now the real task begins!

One of my major motivations for loosing weight is that I realise I am in a high-risk group because I'm over 60 and overweight! I've also started taking vitamin D tablets after seeing this excellent Video by Dr. John Campbell


I understand that if you are over 60 and overweight, and admitted to hospital with covid symptoms one of the first things they will do is a blood test to find out how much vitamin D is present. If it's low they give you a massive Vitamin D dose because vitamin D boosts your immune response. They have evidence that patients with high levels of vitamin D experience less side effects from the virus...

Special offer from Boots for Vitamin D tablets... Get 3 for the price of two...

I need to lose about 30 lbs (not sure how many stones that is). But alas I have really poor discipline when it comes to eating food. I was getting some decent exercise before it got really hot (>100 degrees fahrenheit) and the air quality got real bad (down wind from a number of wild fires in the mountains).
You must log in or register to reply here.

I sat next to a serial killer today...