Jon said:
Tell me Adam, are you a hacker? Do you hack minds? Have you learned how to get inside the human operating system and tweak the code?
Click to expand...

well I might have a high level of knowledge about how the technoligical world works and the interconnectivity of it all, but reading minds is something I don't do. But the truth of the matter is, that's not necessary. Unfortunately, electronics have been injected into peoples' lives so much now, it's very easy to know what someone like you will do in any given any situation. For example, one woman I am interested in and talking to currently, called me a prophet when I told her this in an email (partial):

you know Lisa, it won't' be long now and many white collar people will start working from home instead of going to an office. This will happen for 2 reasons. One will of course be due to the ease of working from home. But the other reason, which no one talks about, is that the intelligent people of the world will start to shield themselves from the garbage that result from corporate manipulation, usually found in the form of criminal activity that arises from people being left behind by the obsession with capitalistic progress and profiting
Click to expand...

Now Jon, you tell me, do I know what I'm talking about? 1 day after I wrote that email, this article showed up in my news feed:

the next email she wrote to me, it said this:

LOL. yeah right....the real prophets are all dead. I might just be a good hacker, but I have a good soul, thus I have no interest in learning the details of being a successful one.

I didn't really mean you, since I don't know you. I meant someone like you out there in the real world.

reading minds is something I don't do.
Click to expand...

it's very easy to know what someone like you will do in any given any situation
Click to expand...

Finding contradictions in statements is very easy to find. It gives me insight into how some people think. I'm talking generally of course.

Jon said:
Finding contradictions in statements is very easy to find. It gives me insight into how some people think. I'm talking generally of course.
Click to expand...

I have no interest in figuring out how people think. to me, that falls into the realm of "thinking too much". For the most part, that will be one of the sources of the end. But in your case, since you more or less have fun with the concept, you probably won't be involved in that inevitable self-destruction. The improper use of it, which doesn't apply to you, is a perfect example of how Satan attempts to achieve the perfect nature of God. But alas, everytime he attempts, he fails. He fails many times in many ways. With regard to christ's death on the cross, he failed in that attempt because Jesus used the "you have to lose to win" technique to overpower the enemy.

as far as *knowing me*, yes you do, at least a little. You must know *something* by now!

to answer your question, YES, there is someone trying to attempt it. and he's a freaking moron:

"you have to lose to win" technique to overpower the enemy.
Click to expand...

That line had me in hysterics!

Deepak is a charlatan.

Jon said:
That line had me in hysterics!
Click to expand...

and why is that, mr. genius?

It's a bit like going to war. You are on the front line, charge the enemy and then slit your own throat in front of them. "They will die in their own guilt!"

not really. you're confused, sir. your view is pretty basic. the strategy that christ used is similar to what the vietcong did during the vietnam war. maybe that's the wrong example. how about gene hackman's statement in the 1999 film Enemy of the State?

in guerilla warefare, you try to use your weaknesses as strengths. If they're big and you're small, then you're mobile and they're slow. You capture their tools and then use them against them the next time. that way you grow stronger as they grow weaker
Click to expand...

in the case of christ's death, he let satan destroy himself rather than fight directly with him and "bang his head against the wall and get nowhere". Kind of like my previous attempts of talking to Richard?

Sun Tzu's The Art of War has some really clever strategies. Apparently they still use the ideas in the military today. They will need to add your new tactic to the list. Or the French could carpet bomb the enemy with baguettes, just to confuse them.

well I think it would be in your best interest to take your mind off of war, Jon. If you were a christian (or maybe you are?), you would know that there will be plenty of that in the future. and hopefully we're not around when it comes to pass:

You will hear of wars and rumors of wars, but see to it that you are not alarmed. These things must happen, but the end is still to come. Nation will rise against nation, and kingdom against kingdom. There will be famines and earthquakes in various places. 8All these are the beginning of birth pains.
Click to expand...

and the "new birth" will obviously be the place where all the righteous will reign forever after satan destroys himself for the upteenth time. =) you wanna join the winners, Jon?

almost all sensitive-hearted christians have no damn clue how drastic biblical events are. God and Satan are very powerful forces, and things like this are unfathomable to human beings. more or less because it scares the shit out of them and they read right past it and change it accordingly due to the fear of its truth.
Last edited: Feb 23, 2020

There will be a war between China and America soon. Possibly within five years and most certainly within 10 years. History dictates that when a superpower, the top dog is usurped from its position by another, there is always conflict between the two.

that very well may be, Tony. But I would seriously doubt it, only because the nukes are owned by almost everyone anymore. and Most of the politicians are reigned in from their bull$hit when things get to any point close to considering using those things. at this point in time, those idiots running the countries of the world still have the ability to know what common sense is, but unfortunately they have to argue and hate until the cows come home until they realize their idiocy and something eventually gets done.

My post was about an inevitability due to the nature of human beings seeking material wealth because the peace of God is something they reject and deny. More than likely, no war of nation-against-nation will happen until the obsession with acquiring materialism results in those seekers fighting against themselves and blaming each other for their own mistakes. this is also noted in the bible:

now during the last days, many will fall away and betray and hate one another. and you will be hated by all for my name's sake

or actually, I think that's one of Paul's letters...

Wars don't always have to be military in nature. There is already a Trade War going on.

It's funny how the topic of Access World forum addiction has turned into a discussion on war and religion!

Jon said:
It's funny how the topic of Access World forum addiction has turned into a discussion on war and religion!
Click to expand...

well the topic of this thread, in a broad sense, is addiction. there are many types of that. Jon.

I wonder if Google thinks this forum is actually about religion rather than tech.

Jon said:
Wars don't always have to be military in nature.
Click to expand...

the final war that brings the new birth may be partially military, but it may not be. the words of christ and paul describe actual "brothers", who claim that they are part of the faith, but yet they will turn out to be false followers and engage in the hatred.

Jon said:
I wonder if Google thinks this forum is actually about religion rather than tech.
Click to expand...

not likely, man! what do you have in the <META> tags on each page?

well that's brilliant Jon. thanks for sharing (oh my God, now I'm a corporate fool! I just used the political statement "sharing"!). well I was under the impression that meta tag searching was a thing of the past Jon. per:

Search engines have evolved to use hundreds of different indicators on a website to determine what, where, and when a website will be listed in search results. Google's Matt Cutts announced recently that the META attribute "Keyword" is not factored into their search engine ranking algorithm at...

but perhaps it is still relevant? 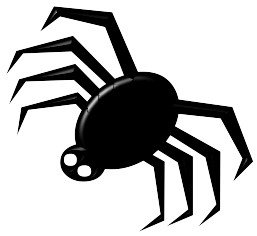 Seach Engine Spiders - Bots and crawlers in your log files

It's pretty much an unknown issue, since those articles have no dates. But I'm sure the meta keyword searching is pretty much over. the algorithms are much more sophisticated than that. they have no interest in simple keywords anymore.
You must log in or register to reply here.
Share:
Facebook Twitter Reddit Pinterest Tumblr WhatsApp Email Link