It was generically a "good" speech for the gullible masses full of appealing "universal" goals (education and employment) that no one can really object to. But, in the end, if you think about it; it was meaningless, hollow, devoid of substance. My opinion of this speech was also "pre-poisoned" by Biden's inauguration speech were Biden set the stage that he would not work with Republicans (even though he verbally claimed to wanted to unify the country) and that he would be instituting a "war" on so-called "White Supremacy", the enemy within. And along those lines the FBI just executed a search warrant on Rudy Giuliani apartment in New York. Reminds one of the unnecessary police swat team "raid" on Roger Stone. By the way, new federal government accusations have been placed on Roger Stone. Feds hit Roger Stone with $2 million tax suit. Is a Democratic Party inspired pogrom now underway?

On Covid, Biden purposely snubbed the success of the Trump administration.

On taxes, made the populist statement that the rich need to pay there "fair share". But what does "fair share" mean? Approximately 50% of the people don't even pay taxes. In fact, some even "pay" a negative income tax meaning that they actually get tax money from the federal government. So how is that "fair"? Seems that if we really have a "fair share" everyone would pay an income tax based on employment, including the poor. Of course, having a sliding income tax rate is acceptable. Consider that Biden is proposing massive deficit spending. Then what is the point of an income tax? It isn't really to raise revenue for proposed projects, but it is a mislabeled concept for the illegal transfer of wealth from the rich to the poor. That also raises the proverbial question, will the rich actually pay. They have lawyers and Biden is also beholden to them. Carve-out sill abound in any proposed tax plans.

On illegal immigration, the thrust of Biden's speech was granting eventual citizenship, not on border security and deporting those who don't belong. Biden also made the false claim, that the issue of illegal immigration had not been addressed; and that he, as the fearless leader, would. Biden neglected to mention the Immigration Reform and Control Act of 1986 passed under the Reagan administration. If I remember correctly, implementation of this act was eventfully ignored, by both Democrats and Republicans. That raises the proverbial old question of why pass new laws when old laws that deal with the issue were not enforced? Why not re-implement? Biden should be impeached for facilitating human trafficking and child abuse which are real crimes and abuse of power. Unfortunately and impeachment of Biden may be worse than leaving him in office since Harris would become President and Pelosi vice-President. 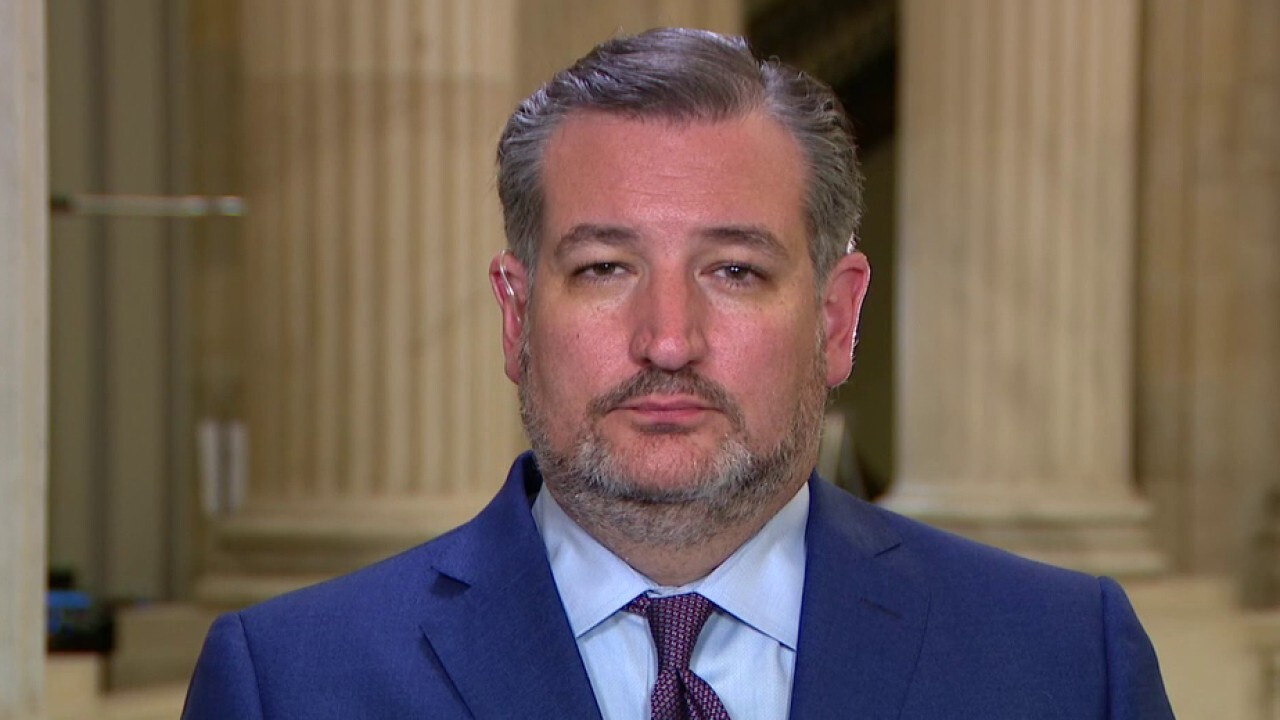 Cruz fell asleep, so how did he know what Biden said?
P

Just a reminder of who pays what in taxes.

wvmitchell said:
Cruz fell asleep, so how did he know what Biden said?
Click to expand...

The rest of the audience appeared awake and alert. Except for Manchin.

I missed this one.

Biden on the Second Amendment: 'No amendment is absolute'

President Biden on Thursday, in rolling out a set of executive orders on gun control, said "no amendment is absolute," while maintaining that "nothing" he is recommending "impinges" on the Second Amendment.

www.foxnews.com
Biden's and his handlers need to think about Biden's claim that "no amendment is absolute" as a means to modify the 2nd Amendment.
That means that we can repeal/modify the 13th Amendment concerning slavery and the 19th Amendment to modify the woman's right to vote.

wvmitchell said:
The rest of the audience appeared awake and alert. Except for Manchin.
Click to expand... 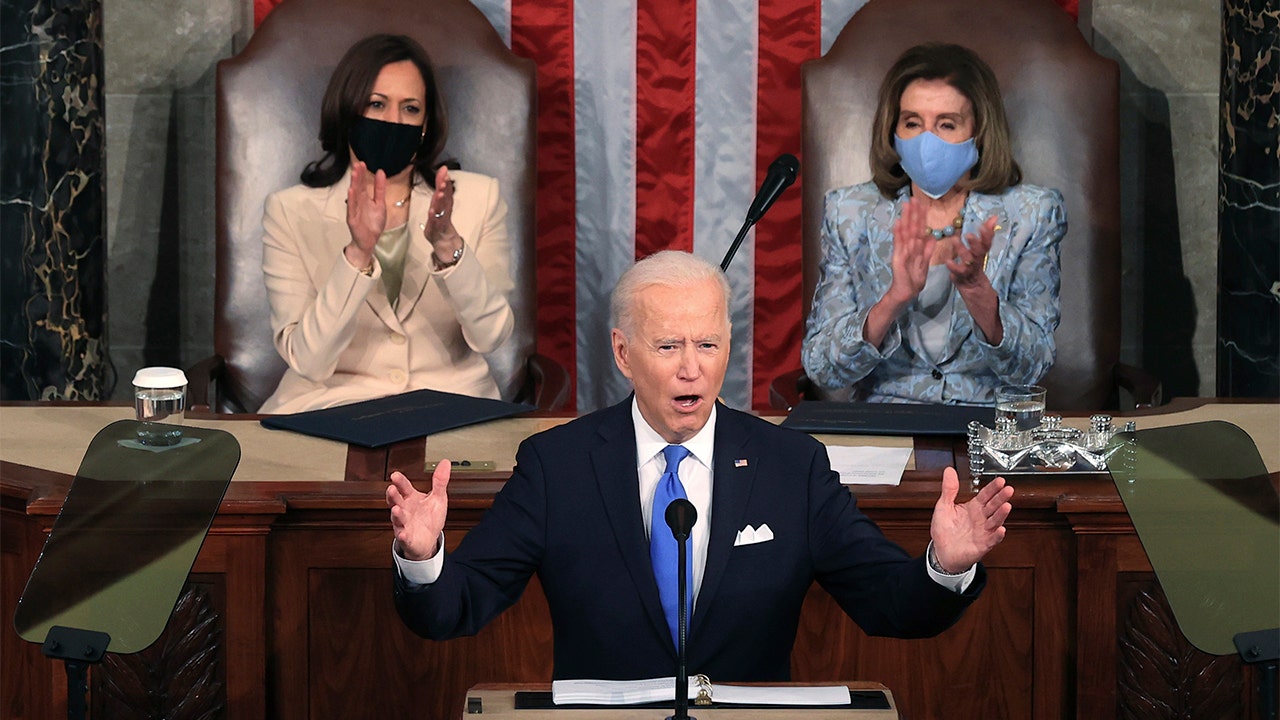 Biden address to Congress draws just 22.6 million viewers, less than half of Trump's audience in 2017

The ratings are in for President Biden's first address to a joint session of Congress -- and they aren't good.

Fox News presented a short video clip of Biden appearing before NBC (?) where Biden (in response to the reporters question of the border crises) glowing claimed that the "urgent problem" was solved since there were sufficient beds (housing?) for the illegal immigrants. The video clip ended there. So if there were any follow-up questions, they were not shown. The significance Biden's statement, his goal is not to control illegal immigration or to provide border security but to accommodate the influx so that they can be distributed through-out the US. No mention of deporting those here illegally, but full unquestioned acceptance into the US.

This clip also demonstrates that the left leaning news media is "in-bed" with Biden.

Drip, drip, drip, drip. Negative fallout from Biden's address continues to mount. Today, I saw video clip from Biden's speech of Biden proclaiming that the middle class is paying too much in taxes. It was a missed opportunity by Biden's critics to throw a spotlight on the fact that Biden was lying once again. It was a missed opportunity since the pundits were focusing on Biden's spending instead of pointing out that Biden was egregiously lying about the tax burden affecting the middle class.

Vilifying the rich over taxes has been an all-American past-time for many years. Since Biden is partaking of that past-time pleasure, can we still put the plagiarist label on him?

It is my understanding that approximately 50% of the those subject to the tax burden pay no income tax. Some at the bottom, instead of paying any income tax, receive tax "income" from the federal government. Given that, they are not suffering from an oppressive tax burden as Biden falsely claims. This is populist pablum for the gullible to continue the false narrative that they are victims. Then, there is the graphic supplied by @Pat Hartman in post #3 that says that the bottom 50% of wage earners only pay 2.8% of the tax burden. The top 1% pay 39.5% of the taxes.

For the time being I will skip on the abused concept of "fair share" other than to mention that if we really had a "fair share" tax code, everyone including the poor would have a tax burden of varying degrees based on income.

PS: For those who think that Republicans are stupid, here is a freebie. Propose a tax decrease. No matter what the political consequences are, the Republicans will vote for it. That happened when Obama was running for his second term, which was a positive factor in Obama's win. Obama proposed the permanent adoption of Bush's temporary tax plan. Like brainless iditots, because of the magic words "tax cut", the Republicans voted for it. Obama successfully played the Republicans and won re-election. Contrast this with the Democrats, who will amazingly in lock-step reject approving any legislation even if they previoulsy supported it, should there be any perception that the Republicans would benefit.
Last edited: May 2, 2021
I

I'm middle class, and I pay a lot in taxes.

Well, hey -- Somebody's gotta bear the cost of almost a quarter-million immigrants right now per month flooding in. Some will get jobs, some won't. Eventually this helps the Democrat vote. Wonder how many will work but not pay taxes?
A

Isaac said:
I'm middle class, and I pay a lot in taxes.
Click to expand...

Aw so your the one.
P

The problem with being middle class is that all the deductions are targeted at the very rich and the very poor. Personally, I don't think someone earning $200,000 per year is "rich". There are parts of the country (including my part) where this would be middle class. Certainly very comfortable but not rich.

Biden's $400,000 number is for married couples. They like to use that number because it sounds better. More deceit.
I

You make a good point about area of the country.

Makes me think twice about the whole taxing system's premise of treating a certain income level the same no matter what the region.

This reminds me of the so-called race- and gender-wage-gaps, which don't actually exist once you control for variables like Region, Education, and Hours a Week Worked.
P

And let's not forget the minimum wage. you couldn't live in a box on a street corner in Fairfield county on $8 per hour. Best guess is it takes a minimum of $20 per hour to support a single person in an efficiency apartment here. However, in Mississippi, you can buy a fine house in town on $15 per hour.
I

The list of reasons to follow the general principle of letting states and localities make decisions is so long ... Yet the Feds take over more stuff every year
A

If you try and raise a family on minimum wage you will fail no matter where they set the price point. If the minimum wage is set to $15 an hour the entry-level jobs above that would be $30 an hour. Costs will move up exponentially which includes goods and services. This reaction will nullify the increase in the minimum wage. It's a circular reaction to the federal government's involvement in commerce.
You must log in or register to reply here.